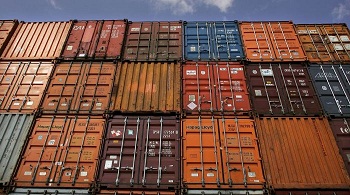 “We already have 87 x-ray devices and will receive 100 devices in the coming months,” Abdel Aziz told Daily News Egypt, noting that the new devices will cover 70% of Egyptian ports and airports.

Abdel Aziz added that he sent a letter to Minister of Trade and Industry Tarek Kabil to discuss the challenges of the new x-ray devices on Thursday, clarifying, “the high radiated commodities like cement, ceramic, and porcelain are being suspended for some time after examination by the new devices, which delays the exporting process.”

The modern examination systems should facilitate exports processing in line with measures for tightening security, said Abdel Aziz, adding, “the inputs of some commodities are high-radiating, so I asked the trade minister to discuss the issue with the Nuclear Power Plants Authority and other official authorities to help solve these issues.”

Meanwhile, Abdel Aziz said that the new customs law will be issued shortly, adding that it will improve the business climate in Egypt.