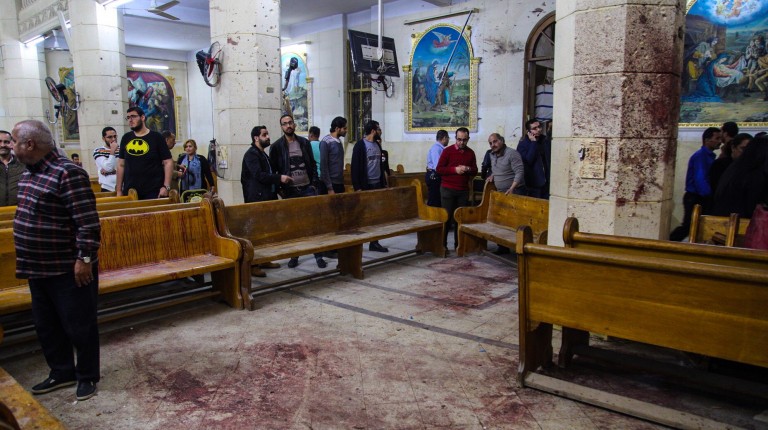 An Egyptian military court sentenced on Tuesday 36 defendants accused of bombing three churches and a police checkpoint. The court referred the ruling to Egypt’s Grand Mufti Shawki Allam for approval, a step required by law, though his opinion is non-binding.

The three churches were St George Church in Tanta, St Mark Coptic Cathedral in Alexandria, Botroseya Church in Cairo, and the attack on the police checkpoint was in the New Valley. The case includes 48 defendants, among them 31 who are imprisoned, while 17 others are fugitives.

The accusations include leading and joining an illegal group with the purpose of endangering societal peace, plotting to sabotage the constitution and the law, and launching attacks that led to the killing of police officers and civilians in these four attacks.

Investigations allege that the accused group had been planning to launch other violent attacks inside Cairo targeting Egyptian Christians during their religious celebrations. It also added that the main defendants in the case were in touch with the Islamic State group (IS)’s branch in Sinai, which was supporting them as well as providing them with personnel.

In April last year, two churches in Tanta and Alexandria were bombed on Palm Sunday, killing at least 44 people and injuring more than 100 others. IS claimed responsibility for both attacks and claimed two of its fighters wearing suicide vests carried them out. In December 2016, a suicide bomber killed 29 and injured 47 others at St Peter and St Paul’s Church, part of Cairo’s largest Coptic cathedral, known as the Botroseya Church.