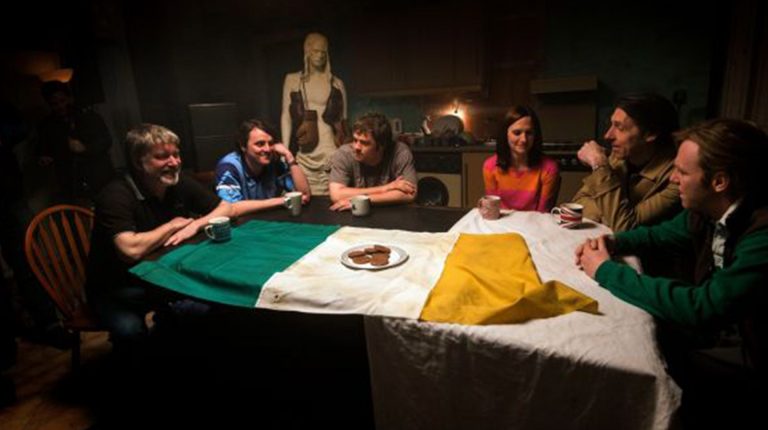 The Irish Film Festival announced its 2018 programme for Sydney and Melbourne with a new documentary by US Oscar-winning filmmaker Alex Gibney leading the charge.

2018 marks the 20th anniversary of the Peace Process in Northern Ireland and the Irish Film Festival marks this occasion with four new films which examine the legacy of The Troubles, the sectarian conflict that took place in Northern Ireland in the latter half of the 20th century.

Alex Gibney’s No Stone Unturned reveals collusion between loyalist paramilitaries and the British government in its hard-hitting investigation of the murder of six Catholics in a tiny pub in County Down in 1994. The film’s producer, Trevor Birney will attend screenings in Sydney and Melbourne.

The opening night film will be Maze, a dramatisation of the 1983 mass breakout from the Maze Prison. The film stars Tom Vaughan-Lawlor of Love/Hate fame and has been breaking box office records in Ireland since its release in September 2017.

The Joruney is a fictionalised account of what might have taken place during the negotiations between loyalist politician Rev Ian Paisley and republican Martin McGuinness (a former Irish Republic Army leader). The film features fabulous performances by Timothy Spall as Paisley and Colm Meaney as McGuinness and is both hilarious and poignant as it explores the relationship between these enigmatic leaders.

Rounding off the Northern Irish films is a landmark documentary about the role in the peace process of Irish civil rights campaigner and politician John Hume.  In the Name of Peace: John Hume in America looks at John Hume’s campaign to bring the US into the peace process to force Britain’s hand to come to the bargaining table. The film’s director Maurice Fitzpatrick will travel to Australia for the screenings in Sydney and Melbourne.

Lovers of Irish music will be delighted by the drama documentary Song of Granite which explores the life of Irish traditional singer Joe Heaney. Song of Granite was this year’s Irish entry in the Oscar Foreign Language category.

On a lighter note, the hilarious comedy The Flag features the inimitable funny man Pat Shortt in a light-hearted farce about an Irish navvy who hatches a plot to steal an Irish tricolour (flag) from its place of pride in an officer’s mess in a British army barrack in London.

Irish expatriates will enjoy Cathal Kenna’s debut feature, Coming Home, which follows a handful of Irish migrants from around the world (including Dubliner Vera Finnegan who lives in Sydney) who pursue their dream to return to live in Ireland after a lifetime in foreign climes. Vera Finnegan will attend the Sydney screening and can be contacted for media interviews.

The Lodgers is an edge-of-your-seat gothic horror story about two supernaturally gifted but cursed Anglo-Irish twins who live in a crumbling big house in rural Ireland in the 1920s. The cast features Bill Milner (Dunkirk), Eugene Simon (Lancel Lannister in Game of Thrones), and the chiselled features of David Bradley (Argus Filch in Harry Potter).

For the first time, this year’s festival features a Short Film Competition and entries have been flooding in from young filmmakers in Ireland and locally in Australia. Finalists for the competition will be announced in the coming weeks. The festival runs in the Chauvel Cinema until Sunday 22 April. The Melbourne leg of the festival takes place at the Kino Cinema in Collins Street from Thursday 26 April until Saturday 28 April.