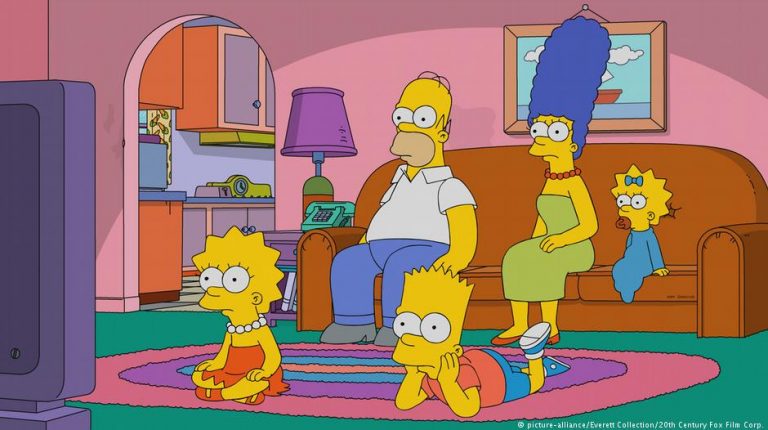 The latest episode responded to comedian Hari Kondabolu, who had criticized the show’s portrayal of its Indian character, Apu. “The Simpsons” also feeds into to a larger debate about updating literature.In Sunday’s episode of the popular TV show “The Simpsons,” Marge Simpson picks up her favorite childhood book, “The Princess in the Garden.” Soon after beginning to read the book aloud to her daughter, Lisa, Marge realizes the book is offensive and racist, and she sets out to reword it into a version that is more appropriate for 2018.

But the resulting tome no longer makes sense. Deflated, Marge says: “It takes a lot of work to take the spirit and character out of the book … what am I supposed to do?”

Turning to speak to the show’s viewers, Lisa responds: “It’s hard to say. Something that started decades ago and was applauded and inoffensive is now politically incorrect. What can you do?”

The two suggest, “some things will be addressed at a later date, if at all,” while the screen pans out to show a framed picture of Apu Nahasapeemapetilon, an Indian immigrant shop owner and a long-running Simpsons’ character who critics have accused of perpetuating racist and stereotypical images of South Asian immigrants in the US.

The bedtime story scene was “The Simpsons” production team’s response to the latest controversy over Apu raised by Indian-American comedian Hari Kondabolu. The comedian wrote and starred in the documentary “The Problem with Apu,” directed by Michael Melamedoff, which used Apu as a reference point to explore how the media pushes problematic stereotypes of South Asians. The film, which premiered last November, interviewed actors of South Asian descent such as Aziz Ansari, Aasif Mandvi and Kal Penn.

The response of the show, known for lampooning current social and political topics, was hardly satisfactory for Kondabolu.

Kondabolu took to Twitter, writing: “Wow. “Politically Incorrect?” That’s the takeaway from my movie & the discussion it sparked? Man, I really loved this show. This is sad.”

He also argued that the response of “The Simpsons” was not a personal attack on him, but rather a broader indication of the difficulty surrounding the evolution of media representation in response to shifting societal understanding of stereotypes and discrimination.

The topic of changing a television, movie and literature content to suit the times is hardly new.

Overtly racist language is, understandably, one of the first things to go when a fictional work is updated. Even some classic books had titles that seem preposterous by today’s standards.

For example, the well-known murder mystery, “And Then There were None,” by Agatha Christie, was orginally titled after a British blackface song that included a racial slur.

The gallery above takes a look at some of the books that have been updated in English or in German to fit the times.