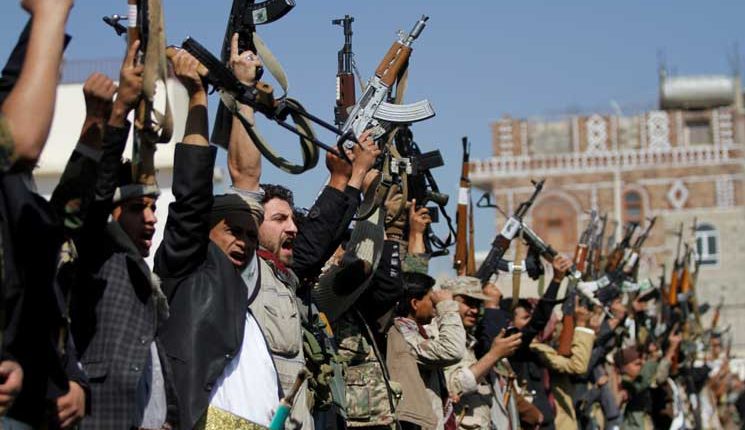 The Iranian-backed Houthi group in Yemen declared Wednesday targeting Saudi territories with drones following airstrikes of the coalition led by Saudi Arabia in Saada in northern Yemen, which killed four children and a woman, while wounding four men and two other children.

The Houthi drones targeted Abha Regional Airport in Asir Region and the headquarters of oil giant Aramco in Jizan in Saudi Arabia, according to the Al Masirah TV, which is affiliated with the Houthis.

In 2014, the Ansar Allah group—Houthis backed by Iran—seized control of the Yemeni capital Sanaa.

On Tuesday, Saleh Al-Samad, the president of the so-called Yemen’s Supreme Political Council, which is affiliated with the Houthi group, warned, “more ballistic missiles will be fired at Saudi Arabia in the current year,” stressing, “the kingdom is no longer a safe country as Yemeni missiles can now hit anywhere in the kingdom.”

In March, the Houthi militants launched an attack on Saudi Arabia targeting several sites, including the King Khaled International Airport in Riyadh, a Jizan military camp, and the Abha airport in Aisr, as well as other sites on Saudi territory.

For their part, the Saudi-led forces said that Saudi air defence destroyed seven ballistic missiles that were launched from Yemen towards Saudi Arabia.

In the same context, the Emirati-backed Security Belt Forces declared seizing control of the city of Dhale after clashes with the security forces there.