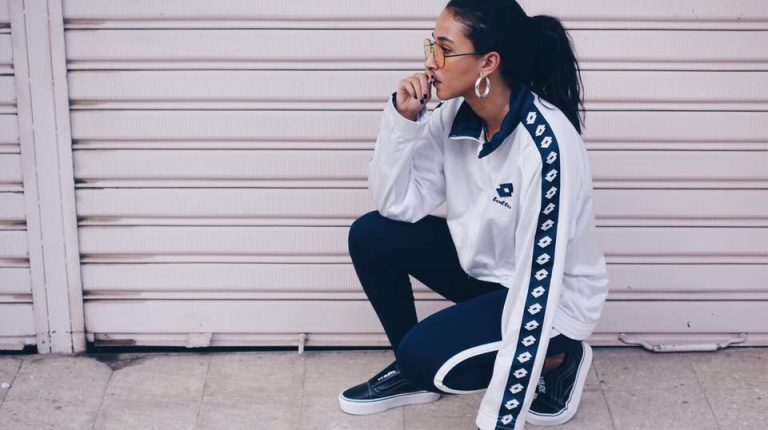 Trends are a vicious rollercoaster that praise and obsess over certain silhouettes until people can no longer stand the sight of them. With social media accelerating the speed of fast fashion, the young generation is used to bidding farewell to last week’s hot item in a blink of an eye.

Together, Yahia Karali and his sister Aseel take their regular seats, where he is behind the wheel while she navigates the route. Road trips have been a family ritual for them, until they decided to turn their shared passion into business.

After a long road, their destination promises patterns, fabrics, and details that have turned time into an asset. Her eye for fashion searches for pieces that would take centre stage at any event; meanwhile, he hunts for rare and valuable stitches.

The Karali siblings are always on a quest to create a community of individuals who refuse to blend in. Frustrated by the clones created by fast fashion, the duo provides a seasoned fashion alternative. Through their peculiar approach, they are guiding the local market through its baby steps to embrace vintage.

“My brother, Yahia Karali, was studying for his master’s in London. While living in Camden, where vintage clothing is quite the norm, for his thesis, he chose to focus on consumer behaviour in regard to vintage clothing,” Aseel Karali said. “In 2011, this topic, especially when applying it to Egyptian customers, was such a taboo.”

As a family, the two enjoyed many summers visiting vintage markets around the world. Accordingly, they were inspired to bring the concept home. However, even their parents questioned the idea, labelling vintage as used clothing.

Even though they have never viewed themselves as fashion experts, their belief that thrift shops are where cool items could be sourced enforced their determination.

Yahia’s thesis took him all the way to the most distant ports, where he interviewed a number of people involved in this industry. Naturally, he grew his database to include the best suppliers of vintage clothes. Nonetheless, it was only after he acquired his MBA from France, and failed to find a satisfying nine to five job back home, that he took the leap.

As an alternative, he decided to put his valuable contacts to use. Even though his earlier research showed negative results, Yahia was confident that the economic changes would open a door to vintage. On the other hand, he was also inspired to help people become individuals. “As a generation, we are always seeking ways to stand out against the tyranny of trends,” said Aseel with determination.

By the end of 2016, he was already filtering and picking garments from his suppliers, while his sister was stationed behind her computer, handling the finances. With the help of his friends, Sold started organically from his own apartment in Garden City.

“For our first public exposure, one of Yahia’s friends got us an opportunity to display his picks at an event. The unexpected reaction made us further believe in this concept. Afterwards, we both decided to run with this brand and take it to the next level. I quit my job and he moved in with me, so we could expand our collection and grow the label,” said Aseel as she reminisced about the early days.

Despite their humble beginnings and their under-the-radar method, Sold suddenly became a phenomenon in the local market. The millennial brand broke a well-cemented stereotype. Overnight, an expanding circle of fashion-forward men and women stopped making fun of their parents’ retro wardrobe; instead, they started looking for the same vibrant patterns and oversized cuts. After a couple of pop-ups, the so-called used clothes became trendy vintage.

According to the Karalis, the young brand is finding its way to establish a concrete identity. However, it already operates based on three key values: the vintage haven is organic, collaborative, and transparent.

Meanwhile, Yahia’s database was their starting point to find their way to thousands of items. Through trial and error, they discovered that their tool to identify what sells best is in fact their personal style.

“It started as our circle of friends at first, then when word travelled around, our clientele base expanded at the speed of light,” Aseel said. “We never wanted this to turn into a rigid business. Instead, we are keen on remaining organic.”

As firm believers in the impact of a community, the two never resort to marketing stunts that address the masses. Aside from their desire to constantly move forward, they plan to keep their filtering process tight and their base of clients exclusive.

“We currently keep an intimate relationship with our customers, as we let them into our house in order to show them our personal selection. We are quite grateful to our clients for embracing a new concept and fuelling it to expand,” said Aseel with a subtle smile.

On the other hand, Sold is also collaborative. Their sticker changes on a monthly basis as they regularly collaborate with local artists to reinvent the brand’s visuals. Through incorporating their standard logo with local art, the siblings demonstrate a new aspect of their identity every month.

With that said, transparency is an additional cornerstone. Vintage items require special treatment and professional input to fix any damage. Therefore, they keep an honest dialogue with their clients regarding the state of each piece. “We select the garments because we like them; if they have a rip or a missing button, we will tell you beforehand,” stated Aseel.

According to the founders and their car’s odometer, restocking is a tiresome task. At the beginning, road trips used to be a monthly ritual; however, now they hit the road every two weeks.

Pre-loved garments get packaged in Dubai before passing through Egypt on their way to the other side of the world. Accordingly, their trips often target ports in cities such as Safaga, Port Said, and Suez in order to go through the containers and acquire their favourite pieces.

“Before fluctuation, the filtering process used to take six hours. However, nowadays prices have increased significantly. Suppliers saw how interested we are and how it turned into a business; therefore, they changed their prices,” Aseel said, adding, “now we also know out of experience what our clients prefer. Accordingly, our process has been cut in half.”

Depending on suppliers to source their garments has made them bond to the pop-up strategy. Therefore, they do not constantly post their new collection on social media. Instead, every time they have new items, they simply pop up, whether on ground or through Instagram stories.

“There are always mothers who would come with their children to our house; due to their safety concerns,” Aseel said. “Meanwhile, one of our regular clients always shows up at each flea market before insisting to put down our items for the sake of bargaining. Nonetheless, with time, she has become our friend and by now we are used to her comments.”

Shortly after being a questioned concept, Sold became the inspiration for many homegrown vintage brands. According to Aseel, word about similar concepts have already found their way to them.

“We have met Grandma’s Closet, for instance, at an event. They are quite friendly, and we love their aesthetic. However, there are also other brands that manufacture new shirts, which take after a vintage style. I believe these brands defy the purpose. However, they are still very stylish,” explained Aseel.

Nonetheless, despite the novel competition, the founders behind Sold remain comfortable and confident that they are already a step ahead. In spite of starting with only shirts, they presently offer a wide selection of items, including trench coats and bomber jackets.

“Vintage is a lot more than patterned shirts. We never wanted to limit ourselves and overconsume the floral shirt. If everyone ends up wearing the same item, then we go back to square zero, where everyone looks the same,” said Aseel with an assertive grin.

As part of their expansion, the Karali siblings plan to expand their supply database to include offshore sources. Meanwhile, they would also love to start experimenting with accessories and bags.

Pakistan’s first transgender anchor: ‘I struggled a lot to be accepted’