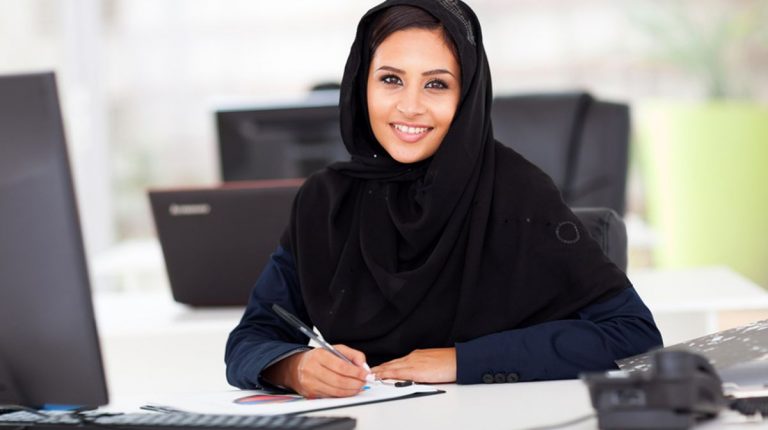 The head of Egyptian Feminist Union, Hoda Badran, conducted a study in cooperation with the United Nations Women’s office to answer the above question. It was conducted across six Arab countries: Egypt, Algeria, Saudi Arabia, Tunisia, Morocco, and Bahrain.

The study showed that the high level of women’s education led to increased demand for entering the labour force and led to decreasing birth rates.

On the other hand, the study revealed that women were affected by the contraction of the public sector; this has negatively impacted job opportunities in many countries, especially non-oil exporting countries.

Employment opportunities for women in the private sector have also declined due to businesspersons’ attitudes towards maternity as a costly burden, according to the study.

The study showed that women are still unable to obtain equal opportunities to men in the workplace.

“The Arab region is also full of social, economic, and political factors that negatively affect women’s participation in public life and economic empowerment, where Arab women face societal customs and culture that limit their activity outside the home, reduce their personal autonomy, reduce their resources, and sometimes deprive them of education, training, and health services,” according to the study.

In this regard, the study revealed that economic empowerment is also affected by the extent to which the state provides facilities and opportunities that encourage women to enter and stay in the labour market.

High unemployment rates and legislation that does not meet empowerment demands

Some Arab countries suffer from high rates of unemployment in general, but these rates are four times higher for women, according to the study.

The study said that labour laws still discriminate against women in some respects, allowing women to work only in some sectors.

Meanwhile, the study explained that some countries have amended their laws to abolish certain forms of gender discrimination, adding that poor enforcement of these laws is an obstacle to women’s access to them.

The study highlighted the main problem that Arab women face: despite the Arab world having witnessed remarkable progress in eradicating illiteracy among women and in the enrolment of girls in basic education, it has failed to translate into an awakening in the economic and social life of women.

According to the study, the reports of the studied countries also indicate a number of changes that have taken place, which in turn improved the status of Arab women and put them on the path of economic empowerment. The most important of these changes are:

The study stated that the Arab countries have witnessed governmental interest in providing basic education for women.

They issued several laws stipulating that basic education is free and compulsory, as well as ordering penalties for parents who fail to enrol their daughters and children in schools.

Thus, in the last five years, the countries studied have made significant progress in bridging the gender gap in education at the regional level, representing an important step towards gender equality.

Meanwhile, “girls’ enrolment in basic education has increased in an unprecedented manner, but full equality has not yet been achieved,” the study revealed.

The study pointed out that child marriage, which is widespread in poor families, leads to the gender gap in education at the secondary level. However, the study revealed differences between the Arab regional groupings, where the Gulf Cooperation Council countries achieved full equality in all stages of education.

“Despite the high rates of girls’ enrolment in education, there is no direct relationship between education and the labour market. The Arab region is characterised by social, economic, and political factors that negatively affect the participation of women in public life and the degree of economic empowerment,” according to the study.

Arab women face societal customs and a culture that limit their activity and independence, reducing their resources and sometimes depriving them of education, training, and health services, the study explained.

The study also showed that there is a great deal of interest from the countries under study in providing healthcare, reproductive health services, and family planning for women.

The study showed that there is legislation and regulations that provide a measure of insurance and protection for women and guarantee them a degree of equality with men in the field of work and social welfare in cases of illness, unemployment, and divorce in the countries under study.

Women’s political participation has increased and widened, with women now holding many political positions, according to the study.

The study stated that women’s movements that had begun to emerge and spread in the countries under study represented pressure on governments to make women’s representation in political life a real representation of women’s hopes, aspirations, demands, and power in society, not just a way to beautify political life.

More than a ladies’ man: The new Casanova Museum explores the man behind the myth