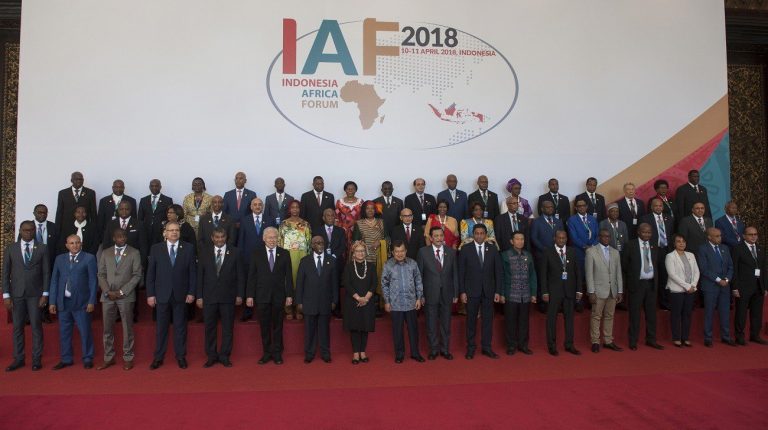 Egypt participated on Tuesday, for the first time, in sessions of the Indonesian-African Forum held in Bali two days.

The forum offered a platform to boost cooperation between Indonesia and Africa, as delegations of government officials and entrepreneurs of 53 African countries attended.

This comes in the context of the exchange of experiences among the essential countries that participated in the opening of the forum in the Indonesian city of Bandung in 1955, which was the first major step that contributed to strengthening relations between African and Asian countries to revive economic cooperation between Indonesia and African countries.

The forum was opened by Indonesian Vice President H Muhammad Jusuf Kalla , accompanied by a number of Indonesian officials, including the ministers of foreign affairs, trade, and industry.

Egypt’s Ambassador to Indonesia Amr Moawad led the Egyptian delegation and delivered a speech during the forum’s discussion sessions, in which he expressed his pleasure at, and the importance of, participating in such an event and that Egypt was one of the main countries that participated in the Bandung Conference in 1955.

The ambassador also pointed out that Egypt attaches great importance to cooperation with African countries in the context of its efforts to support the development, reconstruction, and stability of the continent, adding that Egypt had also in the past supported national liberation and independence movements.

He further pointed out that Egypt hosts the three African groups (SADC, COMESA, and East African Community) in which it established a free trade area between the three groups at a Sharm El-Sheikh summit in June 2015.

Moreover, he also welcomed the heads of the Egyptian companies to participate in the forum to join construction and reconstruction projects with countries of the Asian continent.

Relations between Indonesia and Africa have always been strong and vibrant for decades, as the role of Indonesia to strengthen ties with Asian-African countries remains significant.