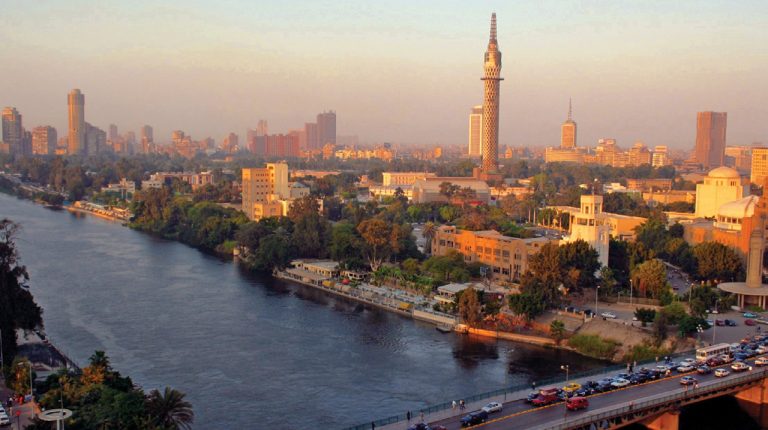 Egypt’s draft budget for fiscal year (FY) 2018/2019 suggests that the government is looking to tighten its finances and push ahead with fiscal reforms, which signals stable economic conditions in the most populous Arab country.

A primary surplus means that the state’s revenues cover expenses before interest payments on debt.

The draft budget must be approved by parliament and ratified by the president before the start of the fiscal year, which begins in July.

Meanwhile, Egypt is eyeing an economic growth rate of 5.8% for the next fiscal year, compared to 5.5% currently, according to the statement, and a budget deficit of 8.4%, down from 9.8%.

The budget also sees inflation falling to 10% from about 11.5% currently.

Egypt plans to cut fuel subsidies by a quarter to EGP 89.075bn and nearly halve those for electricity to EGP 16bn in the next financial year, but will raise food subsidies slightly, a separate government document revealed this week.

The scope of savings on petroleum subsidies will depend, however, on global oil prices, which the budget set at $67 per barrel, compared to a current price of about $73.

Egypt’s draft budget is expecting inflation to fall around 10% in the coming fiscal year from current levels of about 11.5%.

Beltone Financial expects the inflationary pressures to decline as a result of the slower growth of cash liquidity in February, according to a recent report.

The report clarified that the monthly rise in domestic cash liquidity decreased 1.3% in February from 1.6% in January, adding that money supply slipped by 0.2% on a monthly basis, supporting the continuation of the downward trend of inflation.

The Central Agency for Public Mobilisation and Statistics (CAPMAS) announced the drop of the annual consumer price to 13.1% in March 2018.

On a monthly basis, inflation increased 1% in March to record 269.8 points, compared to 267 points in February, the CAPMAS said.

Due to the decline in inflation, Beltone anticipated that interest rates will be cut by 100 basis points in the upcoming meeting of the CBE’s Monetary Policy Committee (MPC) in May.

The report said that it expects a total cut of interest rates by 400 basis points during fiscal year 2017/18.

In February, the MPC lowered the interest rates by 1% for the first time since the flotation of the Egyptian currency in November 2016, after inflation rates slowed down. The committee again cut the rates by another 1% at the end of March.

A slew of IPOs to boost revenues

A flurry of governmental companies’ initial public offerings (IPOs) is expected by analysts to boost the country’s revenues and decrease the budget deficit towards the announced targets in the draft budget.

The IPO programme, announced on 18 March by Prime Minister Sherif Ismail after the cabinet approved it, seeks to list 23 of the most successful public sector companies in Egypt on the Egyptian stock market.

The goal is to list the companies within 24-30 months in a bid to expand their ownership base and invigorate the Egyptian Exchange (EGX). The total value of the shares to be listed is estimated between $4.5m and $5.7m.

Mansour Kamel, an economic analyst and adviser to former minister of investment Mahmoud Mohie El-Din, said, “the IPO programme will positively impact the budget, as it will provide revenues that will be used to bridge the deficit, but it is only a transitional measure that the state should not rely upon as a permanent means to solve the [deficit] — especially considering that the government has selected a list of the most successful companies out there.”

Asked about the difficulties lying ahead, he pointed out that “listing 23 companies in only 24 months is impossible.”

“The state should have gradually announced the listing of one company after another, as the stock market can’t accommodate all of these IPOs, especially as the announced companies are huge,” he said. “Listing public sector companies on the stock market will be a major challenge for the private sector and an obstacle to its expansion opportunities within the stock market.”

Egypt’s stock market has taken off since the country floated its currency in November 2016, with the Egyptian blue-chip index gaining about 80% since then.

The state owns vast swathes of Egypt’s economy, including three of its largest banks—the National Bank of Egypt, Banque du Caire, and United Bank of Egypt—along with much of its oil industry and real estate sector.

The last time state-owned companies were listed on the exchange was in 2005, when shares of Telecom Egypt, the state’s landline monopoly, and oil companies Sidi Kerir Petrochemicals Co and Alexandria Mineral Oils Co were floated.

Despite the Egyptian economy’s recovery since the government began implementing its economic reform programme in 2014, three main challenges remain: the increasing internal and external public debt, which stands at 105.9% of GDP; the increasing budget deficit, which equals 10% of GDP; and the failure to reach the 5.3% growth rate set in the 2017/18 budget, when population growth was estimated at 2.5%.

The Egyptian government referred the public budget bill—at EGP 1.412tn—to parliament on 29 March, according to a press statement.

In the bill, the government commits to increasing investment allocations to $8.4bn in a bid to improve infrastructure and basic services. In addition, the budget calls for maintaining subsidies and social protection programmes valued at $18.4bn.

“The government is making an effort to impose fiscal controls so as to reduce public debt, get rid of the interest resulting therefrom, achieve a primary surplus, and reduce the budget deficit,” Mohammed Moeit, deputy minister of finance for public treasury affairs, said in a media statement.

“In the current fiscal year, we have managed to reduce the budget deficit to 9.5%, and we are seeking to reduce it to 8.4% in next year’s budget. We also achieved a primary surplus of 2% for the first time in more than 10 years,” he added. “We are implementing a mechanism aimed at increasing revenues at a rate that exceeds that of expenditure.”

“Once parliament approves the new budget, the government will be working to implement social protection measures during the new fiscal year,” Moeit said.

A World Bank report issued in January 2017 revealed the Egyptian government’s pledge to phase out fuel subsidies and gradually raise fuel prices. These subsidies came into force in July 2014 but were partially lifted in November 2017.

In an official statement from the cabinet, the government described such measures as reform decisions that ended subsidies of gasoline, diesel, and petroleum products. The subsidies had led to daily crises, a budget deficit, and the emergence of a black market.

Social safety on board

The government is expanding social safety nets as part of its mandate to foster inclusive growth, with a new approach geared to reaching the most vulnerable segments of the population through better targeting mechanisms.

Early success has been achieved with the successful roll-out of a new food subsidy system that has reduced leakages while improving the quality of products provided to beneficiaries.

Against the backdrop of persistently high poverty rates and widening income gaps, the overall objective of the government’s social policy framework has been gradually shifting to address the structural underpinnings of inter-generational development challenges.

Accordingly, social welfare provision will aim at being more inclusive, efficient, and productivity-enhancing, thereby bringing about a material and sustained improvement in the living conditions of Egyptian citizens.

The rethinking of social policy is two-fold. In terms of the sources of financing for social spending, these will increasingly rely on the rechannelling of fiscal resources from current inefficient uses to the support of the most vulnerable segments of the population.

Among others, resources include the rationing of energy subsidies, as well as receipts from progressive tax reforms such as property and income taxes.

The design of social welfare programmes will shift strategically away from targeting programmes or goods to targeting the most deserving households, thereby reflecting a stronger orientation towards increased citizen agency and empowerment.

Together, these new features pave the way for a rights-based, participatory, more effective, and well-integrated social safety network.

While the focus on social justice and inclusive growth will entail a slower pace of fiscal adjustment over the medium-term than could otherwise be obtained, the government is aware that the various programmes, both individually and when taken together, are critical instruments to help bring about enhanced prospects for effective human capital formation.

In addition, this balanced approach will ensure the durability of the reform effort by mobilising the support of the public and avoiding pressures that would cause backtracking on parts of the comprehensive reform agenda.

Equally important, the government is keen to ensure improvement in the quality and accessibility of services provided to the population. Espousing the values of solidarity and sustainability—and in line with the constitutional mandate—the government has prioritised the upgrading of Egypt’s physical and human capital.

Within the available fiscal space, programmes will demonstrate a more equitable geographic and demographic scope of implementation, the government confirmed in its draft budget presser.