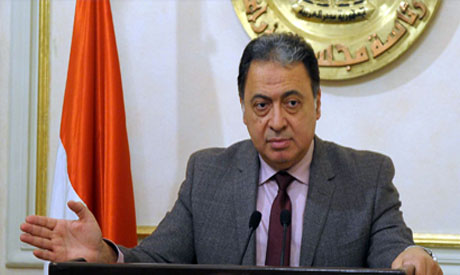 El-Din stressed that the state supports the investments with all its strength in order to provide for the needs of citizens, especially in the pharmaceutical sector.  He added that ACDIMA profits amounted to EGP 157bn in 2017.

The minister’s statement came on the sidelines of the general assembly meeting of the company, as he explained that the ACDIMA produces about 14% of the drugs traded in the local market. The company owns 19 factories, and donated EGP 140m to the Medicine Support Fund in 2017.

El-Din explained that there are new production lines for the manufacture of IV fluids and insulin to fulfil the domestic market’s demand. He pointed out that the company produced EGP 70bn worth of drugs in 2017.

Furthermore,  the ACDIMA is planning to start the production of oncology drugs, which will help to reduce their price by 40%, which will save around EGP 300m.

On the other hand, Sahar Nasr, minister of investment and international cooperation, said that her ministry supports local investments and contributes to the injection of new investments, especially in the pharmaceutical sector, to provide medicines and milk to children, in addition to providing many jobs for young people.