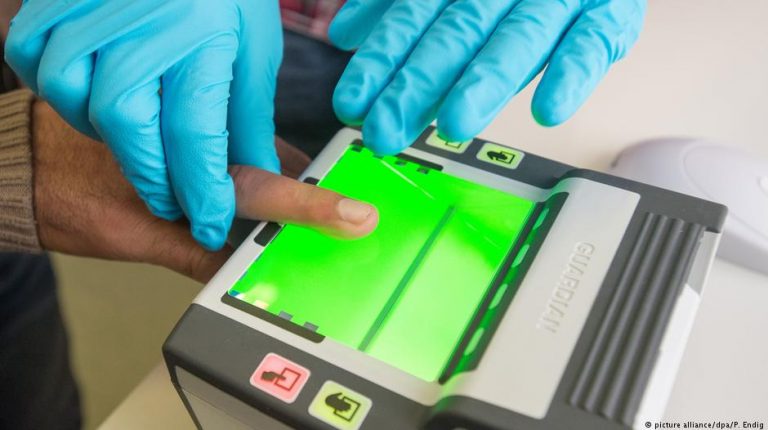 Compulsory fingerprinting in ID cards are aimed at countering terrorism in the bloc. A media report suggests the EU Commission will propose the measure as part of its security concept on Tuesday.The EU Commission plans to launch a proposed law Tuesday to increase security within the bloc’s borders, including fingerprinting in ID cards, according to an interview with Migration, Home Affairs and Citizenship Commissioner Dimitris Avramopoulos in German daily Welt.

The move would make fingerprinting and other biometric elements compulsory for all EU ID cards. They are already required for EU passports, along with biometric pictures. Universal use of them in ID cards as well would curb the spread of fake documents.

“We have to tighten the screws until there’s no wiggle room left for terrorists or criminals and no means for them to launch attacks,” Avramopoulos told Welt.

As part of other measures to be adopted, “it means that they are being denied access to money, fake documents, weapons and explosives while, at the same time, preventing them from crossing our borders undetected,” he added.

The German government approves of the plan as ID cards are used as travel documents within the EU and the “compulsory introduction of fingerprints in identity cards could provide an extra layer of security,” the Interior Ministry told the news agency dpa.

At present, fingerprinting in ID cards is optional in the bloc. Some countries, like the UK, do not have ID cards at all.