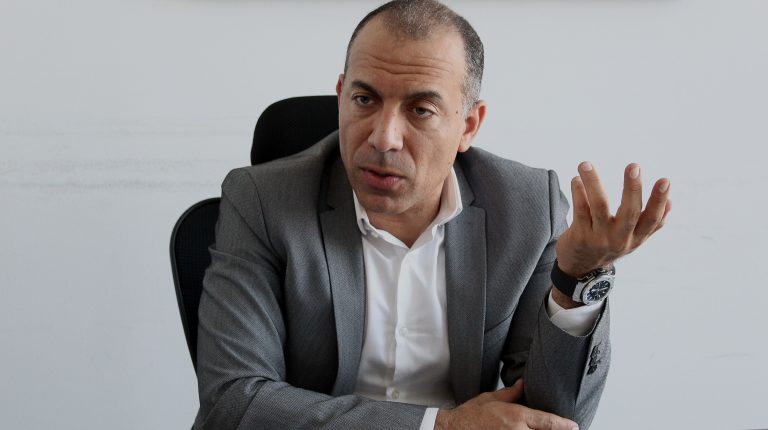 Daily News Egypt sat down with Alkammah for an interview to discuss the company’s plans regarding land acquisition.

What is the area of land the company has acquired in Sadat?

The company acquired 1.4m sqm in the city of Sadat through SDM for development and management—one of the company’s subsidiaries.

The company intends to pump EGP 700m to utilise lands in Sadat, which is expected to be delivered within two years.

Has the company applied for acquiring land in 10th of Ramadan?

The company has submitted the best offers to the Industrial Development Authority (IDA) for the latest offerings in the city of 10th of Ramadan through our two subsidiary companies, Pyramids Industrial Parks (PI Parks) and SDM. The IDA is preparing for the final arrangements for choosing the wining company soon.

10th of Ramadan is one of the most successful industrial cities in the Middle East. There are a number of factors that help contribute to its success, including trained workers who reside in the city and the cities around 10th of Ramadan. It also includes a number of industries, including engineering, chemicals, logistics, building materials, ceramics, carpets, and foodstuffs.

What are the industries that the company intends to launch in its parks?

The company intends to expand by launching many promising industries in new industrial parks that the company has acquired recently.

Further, the company has succeeded in attracting a number of international companies such as L’Oreal Paris for cosmetics, Jotun, Kapci Coatings, Mintra, and Iskra for energy metres, to establish their factories in the Middle East at Elsewedy Group’s industrial areas in 10th of Ramadan and Sixth of October.

Foreign companies usually prefer to work with industrial developers, where the land for the foreign investor is appropriate in terms of price and encouraging because these lands are affordable and connected with all services needed for any industry.

What is the percentage of the price increase for utilising lands after the flotation?

The cost of utilising lands increased by 50% after the floatation of the Egyptian pound. However, we have borne part of this increase and we have increased only 20% of the land prices. The company’s main objective is not to increase its annual profit margin, but instead, it is primarily interested in providing a number of industrial lands equipped with services for investors.

What are the industrial parks that the company owns?

In Sixth of October, we have alOula Industrial Business Park across 1m sqm, expected to include 40 factories, whereby 25 of them are under construction.

Additionally, we have an industrial park across 1.8m sqm in Ain Sokhna which is expected to include 40 plants and three of them are under construction.

Moreover, we have an industrial park in the city of Sadat across an area of 1.4m sqm, expected to include 50 factories.

Thus, the total area of projects is 8.2m sqm with a total of 280 planned factories, of which 110 are under construction.
This number of factories attracted EGP 7bn worth of investments and will employ more than 50,000 workers.

What is the size of company’s land bank?

What are new lands that the company plans to acquire in the coming period?

The company is seriously considering acquiring 2m sqm in the city of New Alamein, as it is one of the promising cities, which was dubbed the new Alexandria. The company’s land bank is expected to increase to about 15m sqm by the end of this year. 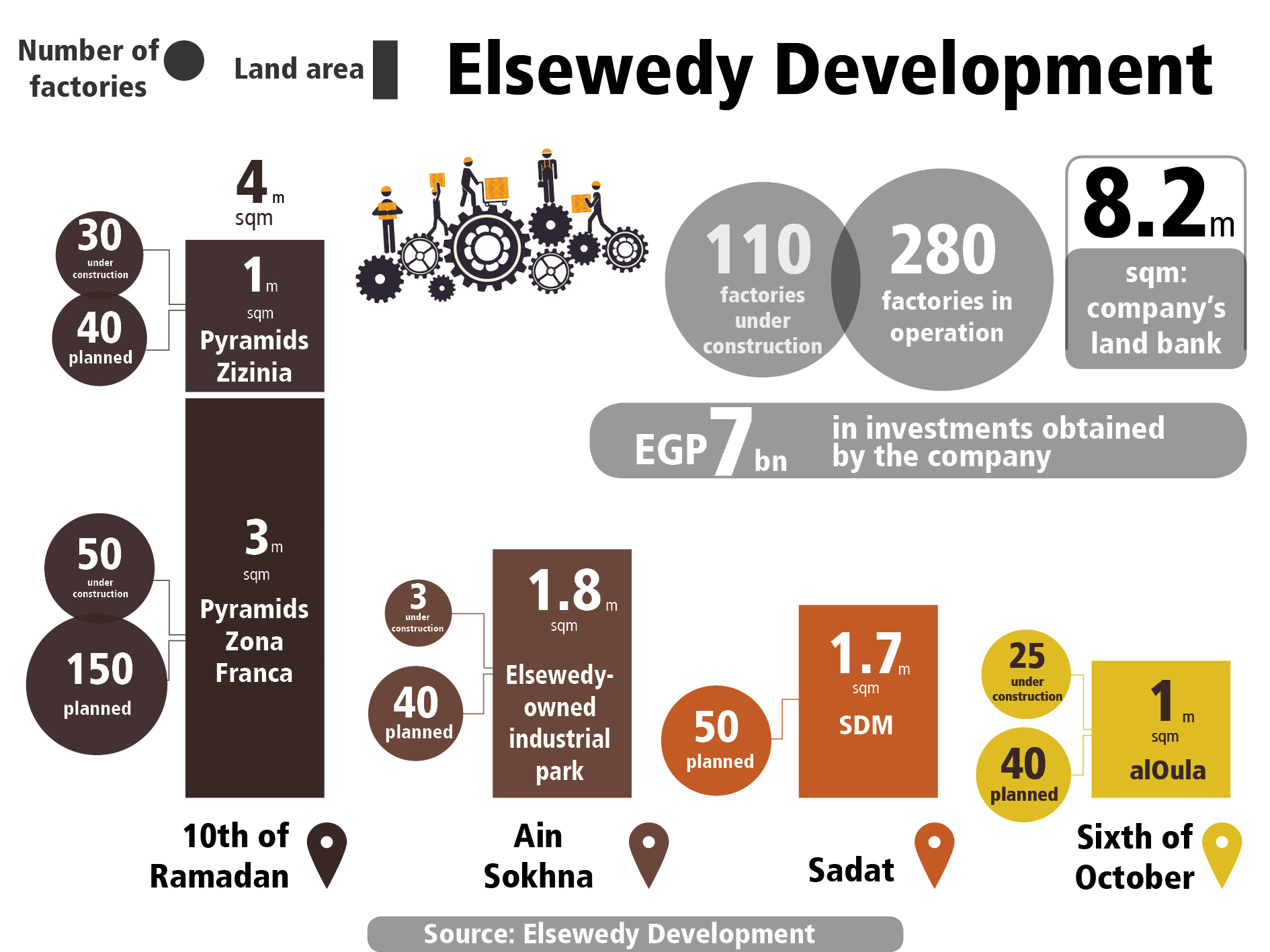 Does the company have plans to launch business in Upper Egypt?

The company is interested in having business in Upper Egypt. The region is characterised by the availability of trained workers and raw materials. This area is also home to strategic industries such as steel and cement, but this area has a special nature and needs governmental support, especially since most of the land in the region lacks adequate infrastructure.
The company aims to enter into cooperation with government agencies for the integration of plug-and-play industrial complexes in Upper Egypt.

What is the company’s plan for the current year?

The company’s plan during the current year focused on investing in free zones and dry ports, in 10th of Ramadan, Sixth of October, and other cities. Dry ports are customs areas removed from the water to reduce the burden on ports until the completion of customs clearance procedures. They have a cheap storage advantage, as some companies import their products and store them at dry ports, while paying customs every month. It also has many warehouses.

How does the decision of the minister of trade and industry to register foreign factories exporting to Egypt at GOEIC affect you?

After the ministerial decree to register foreign factories exporting products to the Egyptian market at the General Organisation for Import and Export Control (GOEIC), the company has received a range of applications from importers wishing to switch to manufacturing over the past two years.

Will the company resort to banks to acquire loans?

The company intends to conclude agreements with some banks to finance its new projects for small and medium industries.

Does the company owe the IDA any dues?

There are no financial dues owed by the company to the IDA for the lands acquired during the past years.

What is the difference between industrial and real estate developers?

Industrial developers are not much different from real estate developers, as both are part of the entire urban development, which is not only developing and selling land, but also developing housing units for workers, administrative buildings, training centres, and services to help create an integrated society.

In my recommendations during the Cityscape Conference held in late March, I requested from the government to encourage industrial developers as key players with the state to reduce the burden on it in utilising industrial lands.

The IDA will offer 3m sqm for industrial developers in June. What is your opinion regarding this offering?

The industrial development plan is supposed to be clear to companies and we were surprised by this new offering. Furthermore, the increase in supply may affect investment plans for companies.