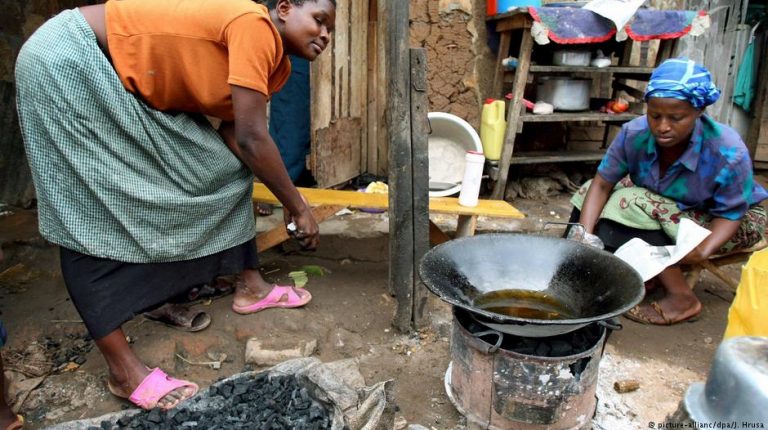 From making eco-friendly coal out of banana skins to using poop to fuel cooking stoves, eco@africa has featured a host of greener alternatives to charcoal. We’ve picked our top five innovations.1. Making coal from banana skins

Students in Cameroon have come up with an ingenious way to combat the city of Douala’s mounting waste management problem: a more eco-friendly form of coal made of household waste such as old banana peels and leftover food. Organic rubbish is collected from the streets and turned into coal, helping to clear away waste while also providing a cheaper and greener, alternative to chopping down the country’s mangroves for firewood.

2. From poop into charcoal

In Kenya, a group of entrepreneurs is turning poop into charcoal in a bid to stop the waste polluting waterways and to halt deforestation. Human excrement is collected and converted into charcoal briquettes. These are specially treated with ingredients such as molasses to give them a pleasant fragrance. Although, local people were reluctant to use them at first, they have since come round to the green idea.

With much of Ethiopia’s forests cut down to provide firewood for cooking and industrial production, coffee beans may help save the country’s remaining woods. By turning the waste coffee pulp into briquettes, they can be used instead of wood for cooking and heating.

4. Greener charcoal out of maize

A Ugandan-German partnership between Christian Service International and Ndejje University is using maize spindles as waste biomass to produce briquettes. Uganda has a huge problem with deforestation, with much of the wood being used to cook food. So the partnership persuaded local farmers to collect the maize cobs rather than throwing them away. They’re then turned into briquettes. The aim: to reduce deforestation and improve energy efficiency.

A young Kenyan entrepreneur has invented a way to produce briquettes from sugar cane waste. Sugar cane is cheap and grows plentifully in the east African country. But once the sucrose is extracted, it’s usually left to rot. The sugar cane has as added benefit. When it’s turned into briquettes, they burn longer and are cleaner than wood.