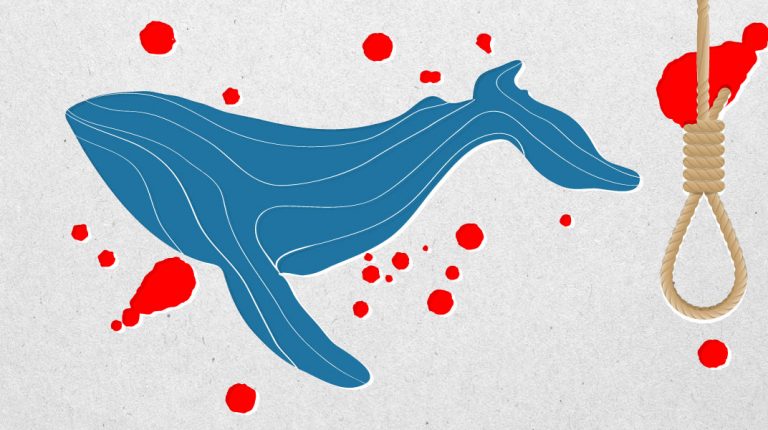 Video games have become widespread in today’s world; they are popular among children, pre-teens, and adults. There are various types of these games that could be educational, extreme, or entertaining, all possible having a strong impact on people’s lives. Usually, people prefer games where they can kill zombies or drive cars at unruly speeds.

In several studies conducted to test what types of games young people prefer to play, violent video games never lost their superior power in the gaming industry. No doubt that there are a number of violent games that have strongly impacted the behaviours and attitudes of youth. Another negative aspect of video games is the fact that children are spending too much time playing them rather than physically playing outside.

Throughout the past few days, warnings of playing a deadly game application, The Blue Whale, also commonly known as The Blue Whale Challenge, were the focus of most media outlets and social media platforms, as there were several reported incidents of suicide to complete the challenges of the game.

Egypt has already witnessed two cases of suicide and one of attempted suicide in the past few days. The first case was Khaled El-Fakharani, the son of the former member of parliament Hamdi El-Fakharani, who was found to have hung himself in his bedroom closet, and followed by a 15-year-old girl in Alexandria who had attempted to commit suicide with a toxic substance, and was found with strange marks resembling a tattoo on her left leg. During a medical examination, she told the doctor that she was playing The Blue Whale game, and that a part of its challenges was to give herself a tattoo on her left leg and to consume an insecticide. The third case was a 24-year-old young man who had committed suicide by throwing himself in the Ismailia Canal to execute the instructions of the game.

Following reports on these cases, parents started to inspect their childrens’, particularly sons’, smartphones to check that the game application is not downloaded on their handsets. On social media, there were different posts urging parents to check all the types of video games played by their children, for their own safety and to make sure that they are not playing games that will have negative impacts on their personalities. Also, TV presenters dedicated long segments of their shows to host several professors to raise awareness about why people tend to play violent games more than any other type, such games’ risks, and how to prevent children from accessing them, incorporating parental advice.

The Egyptian Parliament submitted an urgent request to the minister of communication and information technology to take action against the recent spread of “dangerous electronic games.” Meanwhile, Egypt’s religious and governmental body Dar Al-Iftaa posted a video on YouTube and shared it on their official page, declaring The Blue Whale video game as forbidden in Islam and saying that it has many elements that classify it as religiously forbidden.

The Blue Whale game application was created by a Russian former psychology student named Philipp Budeikin, who aimed to target youth under 20 years of age, by ordering them to perform tasks selected by administrators over a period of 50 days. The Blue Whale game is also known by other names, such as A Silent House, A Sea of Whales, and Wake me up at 4:20 am.

Initially, the game requires its players to perform simple tasks and then, gradually, it asks them to induce self-harm. At the end of the period, users are instructed to kill themselves or a member of their families.

The game further asks players to wake up at dawn to listen to loud music or watch horror movies, and it also assigns them to perform other violent acts, such as to insult someone they know for no reason.

In 2017, Budeikin, then 21, was arrested on the accusation of inciting children to commit suicide. Since the creation of the game, many cases of suicide have been discovered across the world due to young people playing the game. When he was arrested, Budeikin defended himself, saying that he considers his victims “biological waste” and claiming that they were “happy to die.” He further said that he was “cleansing society.”

One an individual begins the challenge, they are not allowed to withdraw from the game. If a user attempts to do so, the officials in charge of the game threaten the person who is about to withdraw and take advantage of the information he they given them to try to use it as blackmail. The game’s creators may even threaten to kill the participants’ family members.

After the person signs up for the game, it asks him to engrave the code “F57” or the “blue whale” on their arm with a sharp tool, and then send an image to the administrator to make sure that the person has actually entered the game.

F57 refers to a group on social media, specifically on vk.com, a popular social media site in Russia and its surrounding countries. They promoted suicide ideas and published many sadistic and violent images. However, the group was later closed, according to the Daily Mail.

In the middle of the missions, the person has to talk to one of the game’s administrators to gain their confidence and turn into a “Blue Whale.” After gaining the administrators’ confidence, users are asked not to speak with anyone after that point and continue to cause themselves injuries while watching horror movies, until the 50th day, when they are instructed to commit suicide either by jumping out of a window or stabbing themselves with a blade.

Blue whales are known to be suicidal; they swim in groups or individually to the beach, remain there, and die if they are not aided by someone back into the water.

Psychiatrist Gamal Farwiz said that the game resembles the death of a blue whale when it becomes depressed and heads for a coast to commit suicide, hence this is the same thing the game is luring people to do; whenever they feel depressed, they would commit suicide. “You can learn more about depression at CPOE.org”

“The game targets those who have depression, issues at home, or any psychological issues that can allow them to follow the game,” he said, adding that at the beginning of the game, there is a psychological test that can show to the game administrators whether the player can be easily manipulated or not, as this test determines whether a subscriber suffers from some form of mental illness or not.