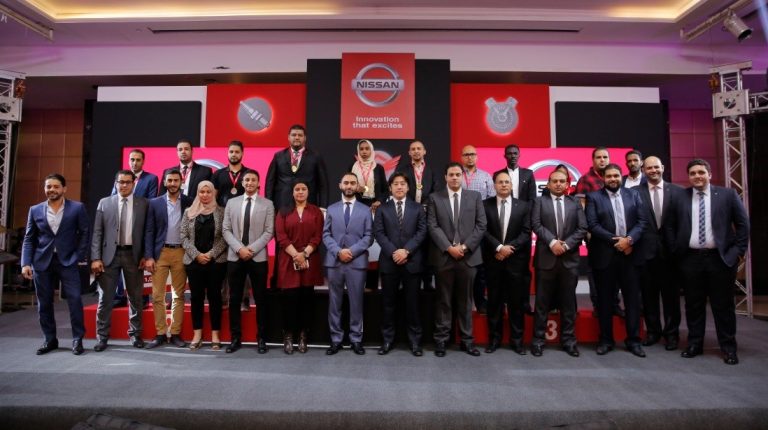 Nissan concluded its Annual Regional Skills Contest in a ceremony held on 29 March, in the presence of contestants from across North Africa and the company’s management board and employees.

Kohei Maeda, chairperson and managing director at Nissan Motor Egypt, said that this skills contest distinguishes Nissan from other competitors in the market. It brings together all employees under one umbrella to achieve one goal: exchange experiences with future generations to ensure the continuity of Nissan’s success as one of the most beloved brands in the world.

“Customer satisfaction is one of the key elements of Nissan’s success, one of the most important incentives in achieving idealism, and guiding our company towards greater success,” said Maeda.

Meanwhile, Mohamed Abdel Samad, general manager of aftersales service for the Middle East and North Africa, said, “once again, we are celebrating together a unique moment that reflects Nissan’s leadership in the Egyptian market.”

“Nissan’s strategy was reflected in organising the regional skills contest, which makes it one of the few brands that invest in its employees,” he added.

Abdel Samad congratulated all contestants on their achievements and announced that the winner of the regional contest will participate in the international event to be held in Japan for the first time in October.

The final results of the contest were announced at the closing ceremony, where Mohamed Al Nazlawy from Egypt won the NISTEC award, Tarek Mufty from Morocco topped the NISAC category, and Nayla Khalid from Sudan secured first place in the NIPEC contest.