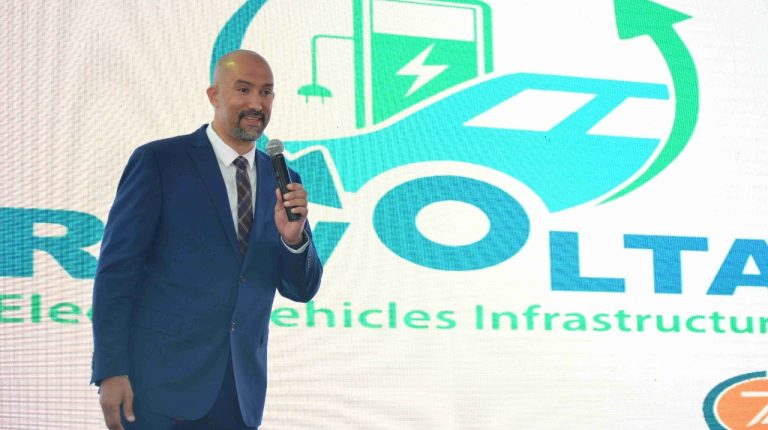 Moustafa said that the Ministry of Industry’s decision regarding electric vehicles opens new horizons, most prominently, the prospect of manufacturing electric cars entirely in Egypt, in addition to many of its feeding industries, such as manufacturing batteries and engines.

He ruled out the possibility that facilitating the electric cars importation process will have an impact on the agencies that were considering launching new models in Egypt, as second-hand units will be sold alongside new cars, creating revenues for the agencies, especially from aftersales services.

He added that after electric cars spread, within a period of abouyt three years, the electric cars market in Egypt will witness large investment inflows.

Moustafa said that Revolta is studying entering into partnerships with one of the Chinese car companies to cooperate with it on studying a project to establish a factory for manufacturing electric cars in Egypt. In the case of manufacturing Chinese cars in Egypt, they will not be much cheaper than other cars, he said, though they may still be 15% cheaper.

The main role of Revolta in Egypt is to build infrastructure for electric vehicle charging stations, as well as cooperate with other bodies to cover and serve the sector of electric cars, such as opening showrooms for the vehicles and providing spare parts, as well as creating maintenance centres.

Revolta Egypt submitted a memorandum to the Ministry of Trade and Industry demanding opening the door to importing second-hand electric cars during the celebrations of opening the first six stations to charge electric vehicles in early February 2018.

Tarek Kabil, the minister of trade and industry, issued a decision to facilitate the procedures of importing second-hand passenger cars that operate using an electric engine, except for motorcycles, on the condition that they are no more than three years old, excluding the production year, until the shipping and ownership date.

In a report, Kabil said that the rules governing passenger car importation, which are listed among the regulations governing the importation and exportation law, require opening letters of credit for importation within the same year the model of the car was produced, with the condition that the imported car is not used, which means that neither second-hand passenger cars nor older models are allowed to be imported.

Kabil noted that exempting imported electric cars from the previous rules aims to encourage the local market to use environmentally friendly vehicles, especially ones that do not consume conventional fuel (petrol and diesel), especially since they have lower costs in terms of fuel prices and maintenance services, and limit the polluting of the environment. These cars are also exempted from customs.

He stressed the keenness of the ministry to encourage manufacturing electric cars in Egypt, especially with the recent launching of the first recharging and maintenance network in Egypt.

F1: Sebastian Vettel wins in Bahrain as Valtteri Bottas takes it to the wire

Opinion: Is this the end of mobility?