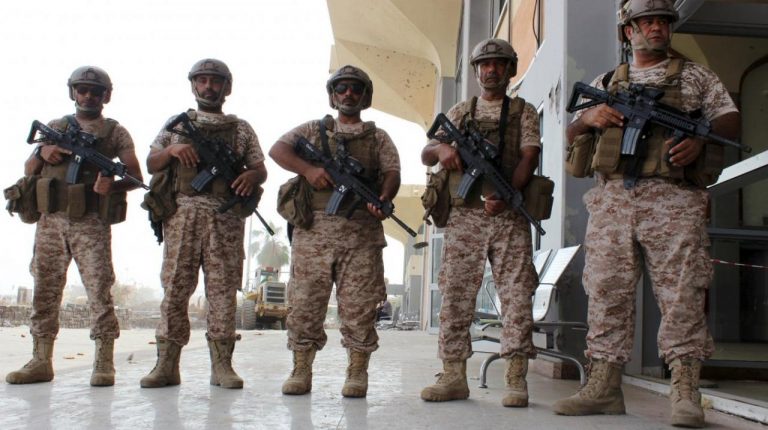 The Armed Forces of the United Arab Emirates announced on Wednesday that it downed an unmanned Iranian drone, as it was on its way to infiltrate the airspace of the pro-Hadi regime forces.

According to local UAE news outlets, the unmanned drone was carrying explosives, which were going to be used against targets manned by the Saudi Arabia-led coalition forces. The drone was identified as an Iranian-made Qusaf-1.

The UAE is part of the coalition and has intervened in Yemen’s civil war that began in March 2015. Saudi Arabia is spearheading the coalition, which also includes eight other, mostly Sunni, Arab states. The coalition receives logistical and intelligence support from the US, the UK, and France.

Also on Wednesday, Saudi Arabia’s air defence forces said they had intercepted three ballistic missiles fired at the capital Riyadh and two other cities by Houthi rebels in Yemen.

The three rockets were shot down above Riyadh and the southern cities of Jizan and Najran, according to Saudi state media.

Earlier on Wednesday, the Saudi-led coalition forces said two drones had been shot down in Jizan and the nearby city of Abha.

The Houthis claimed they were targeting the Defence Ministry in Riyadh and a Saudi Aramco distribution facility in Najran.

Earlier this year, the World Food Programme (WFP) warned that the country will be at risk of famine in 2018.

Yemen relies heavily on food and fuel imports and the fuel is used to distribute food throughout the country and keep electricity running. Water supply is also affected since the necessary installations to pump water and adequately treat it are out of order due to the fuel shortage, thus making water-borne diseases a major concern.

Last year, the International Committee of the Red Cross (ICRC) said that a cholera epidemic “continues to spiral out of control” since it erupted in April, reporting that over 300,000 people are suspected to be ill.