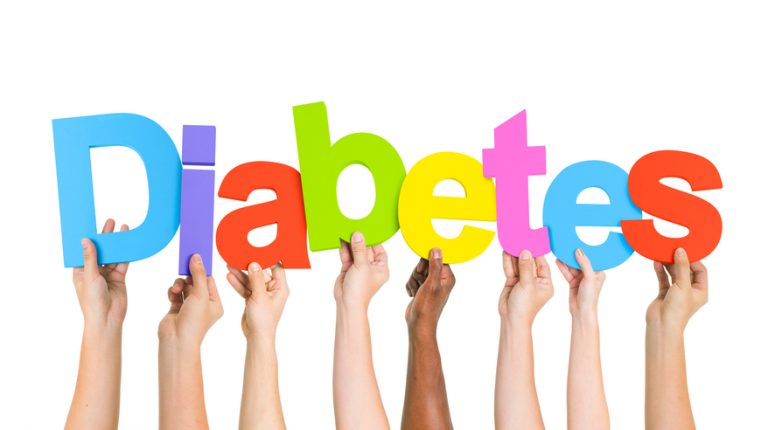 Poor muscle health may be a complication of type 1 diabetes, even among active people in their twenties, a new study from McMaster and York universities revealed. In the study, researchers analysed muscle biopsies of young adults with and without type 1 diabetes who exceed Diabetes Canada’s recommended weekly levels for physical activity.

According to the paper, published Tuesday in Diabetologia, the journal of the European Association for the Study of Diabetes, structural and functional changes in the power generation parts of the cell, or mitochondria, of those with diabetes were found. Not only were the mitochondria less capable of producing energy for the muscles, they were also releasing high amounts of toxic reactive oxygen species related to cell damage.

Mitochondria’s role is to take glucose, and use the energy stored in its chemical bonds to make ATP—which transports chemical energy within cells metabolism—in a process called cellular respiration.

These changes could result in reduced metabolism, greater difficulty controlling blood glucose and, if left unchecked, an accelerated rate of developing disability. The study’s findings add poor muscle health to the list of better-known complications of type 1 diabetes, including nerve damage, heart disease, and kidney disorders, according to a press release from the research team.

“Now we know that even active people with diabetes have changes in their muscles that could impair their ability to manage blood sugar,” said Thomas Hawke, corresponding author of the study and professor of pathology and molecular medicine at McMaster, “knowing in the long term that this could contribute to faster development of disability, we can start to address it early on,” he added.

Christopher Perry, study co-senior author and an associate professor of kinesiology and health sciences at the Muscle Health Research Centre at York University, added, “skeletal muscle is our largest metabolic organ and is the primary tissue for clearing blood sugar after eating a meal, so we need to keep muscle as healthy as possible.”

With regular aerobic exercise, the number of mitochondria in muscle increases, thereby helping muscle cells to use more glucose and become more efficient. Given this new data, Perry added that their study suggests that current guidelines for type 1 diabetics may also need to be revised.

He further explained, “we believe these dysfunctional mitochondria are what is causing the muscle to not use glucose properly and to also damage muscle cells in the process. We were surprised to see the muscles were this unhealthy in young adults with type 1 diabetes who were regularly active.”

Meanwhile, further study is needed, and revising evidence-based exercise guidelines, specific for those with type 1 diabetes, may be required to keep them in the best health, the researchers said.

Moreover, another new study published in the Journal of the American Medical Association, revealed that one class of drug used to treat type 2 diabetes may not reduce the risk of death when compared with a placebo.

According to a statement from the journal, previous studies suggest these treatments are currently prescribed to at least one in three people with type 2 diabetes.

In this study, researchers investigated whether these drugs were associated with a lower mortality risk and conducted a network meta-analysis of 236 trials comparing all the drugs against each other, a placebo, or no treatment at all, and involving 176,310 patients. All the drugs lower blood sugar levels, but the results revealed that while two of the drugs reduced the risk of death when compared with a placebo, one did not.

The results revealed that SGLT-2 inhibitor drugs were associated with a 20% reduction in risk of death, compared to patients taking an inactive placebo pill, or people taking no medication at all. The class of GLP-1 agonist drugs, meanwhile, reduced risk of death by 18%.

Lead author of the study from the National Heart and Lung Institute at Imperial, Sean Zheng, said: “type 2 diabetes has become a global epidemic, with more cases than ever before. The three drug classes assessed here are being increasingly prescribed, yet until now there have been no clinical trials studying how these drugs compare to each other, and which type of drug could be the best option for patients.”

Researchers believe that type 2 diabetes is thought to affect 2.8 million people in the UK, and 422 million people worldwide. The condition causes levels of sugar in the blood to become too high, usually because of a lack of insulin, the hormone that mops up blood sugar.

Treatments include diet and exercise, but most people also need medication to control blood sugar. The most commonly prescribed drug is called metformin, but if this does not work, or triggers side effects, patients are usually offered other drugs, the statement read. The three most recent drugs that have been developed are the SGLT-2 inhibitors, GLP-1 agonists and DPP-4 inhibitors. These work in slightly different ways: SGLT-2 inhibitors increase the amount of sugar excreted by the body, while GLP-1 agonists and DPP-4 inhibitors increase natural insulin levels.

But, although these drugs all lower blood sugar, doctors were unsure if one is more effective than another, explained Zheng, “Patients with type 2 diabetes are at higher risk of dying from heart attacks or strokes, so we wanted to investigate which of these three treatments are most efficient at preventing death and cardiovascular diseases. Our hope is that in the crowded market that is diabetes medications, patients and their doctors have the necessary information to allow them to make informed decisions about long-term treatment strategies,” he said.

The team assessed all randomised-controlled trials—the gold-standard trial that randomly assigns patients to a drug or a placebo pill, or no drug at all—and compared the treatments with each other. The results suggested DPP-4 inhibitor drugs were not associated with a reduced risk of death. The findings also suggested SGLT-2 inhibitor drugs were linked to a 1% decrease in absolute risk of death. The GLP-1 agonist medications were associated with a decrease in absolute risk of death by 0.6%.

There was no reduction in risk of death from a cardiovascular event for the drugs DPP-4 inhibitors.

Zheng explained that the reasons behind the apparent reduced effectiveness of DPP-4 inhibitors is unclear, though it maybe they are simply less powerful than the other two types of medication. However, he cautioned that further work is now needed to confirm these findings and stressed that anyone concerned about their drug regimen should consult their healthcare team. There was no evidence that any of the treatments caused harm.

Researchers also pointed out that because these drugs are relatively new, most trials only tracked patients for a few years, therefore more research is needed to look at the long-term risks and benefits of these drugs.