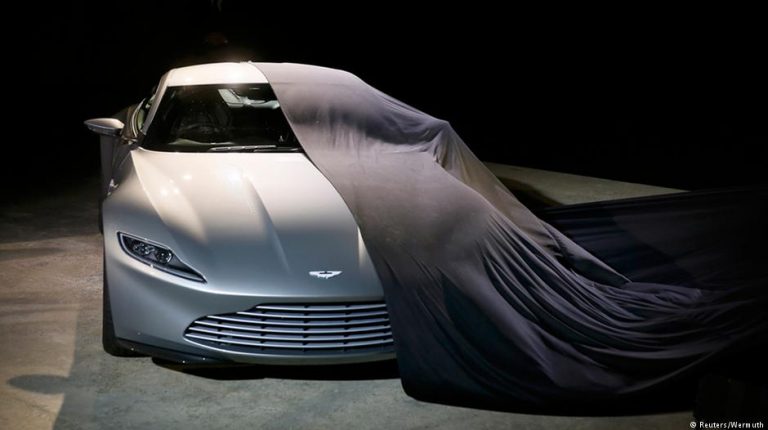 It reached $468,500 (€394,720), with all proceeds benefiting the Opportunity Network education project in New York, according to Christie’s website.

The limited-edition car was finished in denim and black, according to Craig’s wishes at the Aston Martin workshop in Warwickshire, England.

The car is number 007 of only 100, made in 2014 to celebrate the centenary of the Aston Martin company first set up in London. The left-hand drive car has a 6.0-liter V12 petrol engine, an automatic gearbox and a top speed of 183 miles per hour (294 kilometers per hour).

“While I will miss it, I am keen to further the very important work of The Opportunity Network with its sale,” Craig said.

The Opportunity Network works with students from under-represented communities to help them achieve their college and career goals.

An extra for the buyer

The winning bidder has also been invited to meet with Marek Reichman, Aston Martin’s Gaydon studio head who worked on the car with Craig, for a workplace tour and to watch a car being built from start to finish.

Becky MacGuire, the Christie’s director in charge of the sale described the car as a “21st-century sculpture that comes equipped with an incredibly fine engine.”

Aston Martin has traditionally been one of the vehicles of choice for James Bond on the silver screen, starting with the renowned DB5 prototype in the 1964 film “Goldfinger,” featuring a bulletproof screen at the rear, front-mounted guns and various other gadgets. That DB5, driven by Sean Connery in the film, was auctioned for $4.6 million in 2010.

The franchise returned to Aston Martin — after flirting with manufacturers including Ford, Lotus and BMW — for Daniel Craig’s first Bond appearance in “Casino Royale” (2006). The most recent Bond film, 2015’s “Spectre,” featured a special prototype DB10. In all, Aston Martin cars have been featured in seven of the 24 James Bond movies.