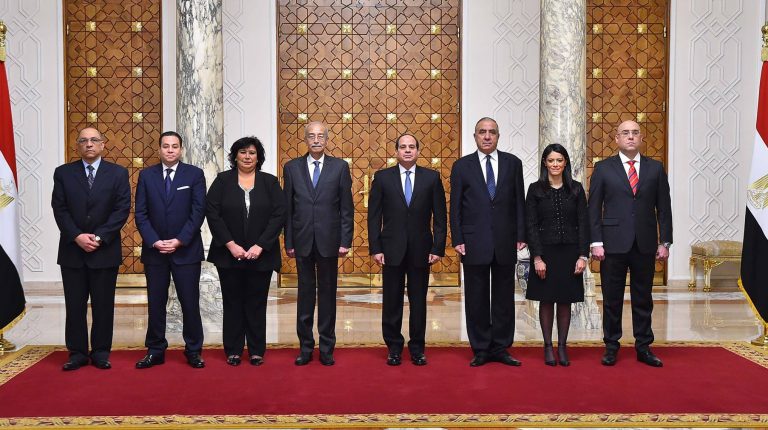 A new draft law to raise ministers’ pensions and salaries has raised controversy in terms of adding a burden to the state budget, which the government has been trying to reduce through the IMF programme, largely based on cutting subsidies. State-owned newspapers’ writers also raised the problem.

In state-run daily Al-Ahram, Makram Mohamed Ahmed said that not only was the timing for such a law to be approved badly chosen, but it also questions the principles of social justice, comparing to former ministers and other state employees who received lesser pensions. Ahmed said those who defended the idea did not succeed in swyaing public opinion, as hopes are not placed on President Abdel Fattah Al-Sisi disapproving the law.

In Al-Akhbar, Galal Aref said the idea contradicts the fact that millions of poor employees are receiving inhumane pensions. He also pointed to discrimination between ministers and employees under that rule. Aref wrote that at many levels, the law contradicts logic.

Al-Akhbar’s Mohamed Barakat said the last thing the country and the people need is to be divided on such an issue, which goes against efforts to be united at difficult times to face the challenges of economic growth, development, and countering terrorism.

On the other hand, Khaled Salah, editor-in-chief of the private Al-Youm Al-Sabea newspaper, said he supported the increase of ministers’ salaries because they need to be satisfied in order not to cede to bribery temptations and to buy clothing suitable to represent the country in front of the world. He added that competence and experience require decent salaries or else the government will not be able to attract skilled public officials.

On a different note, CEO of Al-Ahram Abdel Mohsen Salama addressed the pending Grand Ethiopian Renaissance Dam (GERD) issue. Salama noted the non-commitment of Ethiopia and Sudan to the follow-up tripartite meeting agreed to be held in Cairo and said that despite Egypt’s positive initiative to resolve the problem, the two other countries have a “mysterious” position, especially Sudan. Salama wrote he was hoping both countries would sit down with Egypt to finalise agreements.

Al-Akhbar’s Karam Gabr picked up last week’s debate on political reconciliation with the Muslim Brotherhood, saying the outlawed group is planning an attack on Egypt using journalists and human rights defenders with Qatari funding of up to €350m.