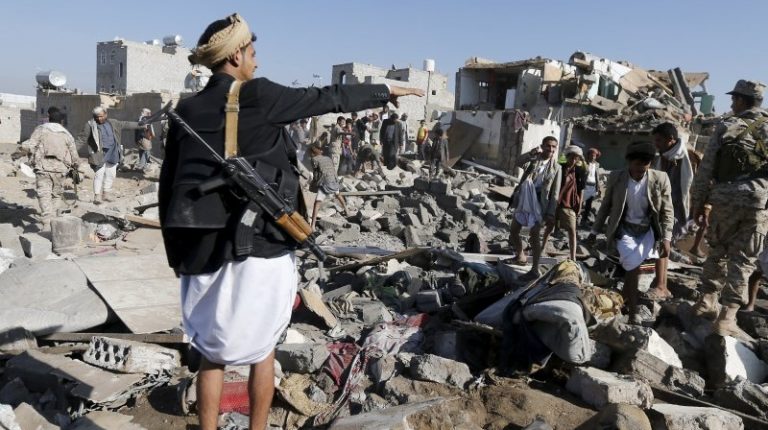 The Arab affairs committee of the Egyptian House of Representatives called upon the Arab League to exert greater efforts to end the Yemeni crisis.

The committee’s members called for the delivery of humanitarian aid and medicine to besieged Yemeni people and lifting the interests of Yemen over narrow interests and political considerations.

In a statement following its meeting on Sunday, the committee called upon the international community to carry out its duty and responsibility regarding the situation in Yemen. The committee requested the UN Security Council stop the bloodshed in Yemen and to support the UN Special Envoy for Yemen Martin Griffiths in his mission.

They also praised the role of Egypt, Saudi Arabia, and the UAE in providing humanitarian aid for the Yemeni people.

Moreover, the committee denounced alleged Iranian interference in Yemen, which it said aims at destabilising and dividing the country. It also denounced Houthi attempts to threaten the security of Saudi Arabia using ballistic missiles.

The statement pointed to the necessity of achieving peace in Yemen through the Gulf initiative, outcomes of national dialogue, and related UN resolutions, particularly resolution 2216.

Moreover, the spokesperson of the forces of the Coalition for Supporting Legitimacy in Yemen, Turki Al-Malki, said on Sunday that Saudi air forces intercepted a ballistic missile targeting residential areas in Najran, Saudi Arabia. Al-Malki added that the missile was launched by the Houthi militants in Yemen. The missile caused a fire on a farm and no casualties were recorded.

Meanwhile, more than 40 people were killed, while 46 others, including 30 children, were wounded after the Saudi-led coalition launched an airstrike on a wedding in a village in north western Yemen late on Sunday, according to Reuters.

The Coalition for Supporting Legitimacy in Yemen was formed by Saudi Arabia following the Houthi coup in September 2014. The coalition includes the UAE, Jordan, Bahrain, Pakistan, Djibouti, Sudan, Senegal, Kuwait, Morocco, Malaysia, and Egypt, as well as the internationally recognised government of Yemen.

About two weeks ago, the Houthi group targeted Saudi territories with drones following an airstrike by the coalition on Saada in northern Yemen, which killed four children and a woman, and wounded four men and two children. The Houthi drones targeted Abha airport in Asir region and the headquarters of Saudi Aramco in Jizan, Saudi Arabia, according to the Al-Masirah TV, which is affiliated with the Houthi group.

In 2014, the Houthis, backed by Iran, seized control of the Yemeni capital Sanaa.