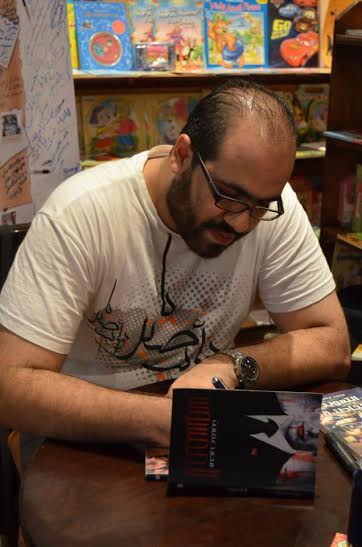 Egyptian citizens perhaps do not pay attention to the statements or decisions made by different ministries as much as they do to those of the Ministry of Supply, as it is responsible for providing food commodities, especially bread.

The Ministry of Supply is responsible for many issues that concern Egyptians, including food subsidies and ration cards, and its importance only increases as the month of Ramadan is approaching.

Daily News Egypt had an interview with Mohammed Sweid, spokesperson for the Supply Ministry.

Is there truth to rumours about raising food commodity prices?


There will be no increase in food commodity prices in Ramadan. To the contrary, the price of sugar will decrease by EGP 1 per kg during the holy month, as a result of the wise policies pursued by the ministry in the last period. There is a comprehensive plan with the Federation of Chambers of Commerce to provide all the required commodities at large outlets.

The ministry adopted a number of measures in the last six months to develop internal trade, notably the application of price labelling on food packages.

The Supply Ministry also adopted an effective mechanism to control the local market since last year after the chaos witnessed in commodity prices following the liberalisation of the exchange rate.

The Federation of Chambers of Commerce and Supply Investigation Bureau are monitoring the Egyptian market regularly to assure the success of that mechanism.

How does the Supply Ministry prepare for Ramadan?

The ministry will hold a large food exhibition under the auspices of President Abdel Fattah Al-Sisi at the Cairo International Convention Centre. Similar exhibitions will be held nationwide under the slogan “From producer directly to consumer”. These exhibitions do not aim to achieve profits and will offer a 10-15% discount.

How will the ministry benefit from consumer goods complexes and wholesale outlets across different governorates during Ramadan?

There are more than 1,000 consumer goods complexes nationwide; most of them are located in Cairo, Giza, and Alexandria. The Supply Ministry aims to implement electronic linkage of all these food commodities outlets and complexes.

What is the ministry’s plan for aiding families most in need and cooperating with NGOs?

The Egyptian government will offer 1m Ramadan charity packages, of which 600,000 will be distributed by the Ministry of Endowments based on the database of the Ministry of Social Solidarity. The Ministries of Petroleum and Tourism will contribute EGP 200,000 each to prepare these charity packages. There will be many similar initiatives to ease the burden on citizens.

Did the ministry face any problems with regard to wheat supply this year?

The ministry was not criticised for the delay in announcing the date of wheat supply that was caused by the long negotiations within the government to increase the purchasing price of wheat from local farmers.

The Egyptian wheat supply price is EGP 200 higher than the world price. The ministry could not raise the price more than this because of the recent corruption case in the ministry.

The high price difference can lead to corruption as the wheat suppliers will mix local production with the imported wheat.

Did you communicate with farmers to see if these prices are fair?

We have contacted some groups of farmers because there is no comprehensive union for all farmers.

If we considered the costs of planting wheat, which is estimated at about EGP 3,000 per feddan, so the return will reach EGP 13,000, which is reasonable.

We hope to offer more than this, but everyone should know that any further increase in the purchasing price of wheat will affect the bread subsidies.

According to the latest reports, the ministry received 119,000 tonnes of wheat so far compared to 1,500 tonnes in the same period of last year.

What about the supplies and prices of meat?

The ministry will provide 17,000 tonnes of Sudanese meat during Ramadan at EGP 85 per kg. Poultry will be available at the ministry’s retail outlets at EGP 17 per kg until the end of Ramadan, despite the real market price being EGP 30 per kg.

How has the review of ration cards gone so far?

The first stage of reviewing ration cards has been completed and those who are not entitled to subsidies were excluded. Moreover, the ministry excluded duplicated names and citizens living abroad. We now have about 80 million Egyptians who receive subsidised bread and 70 million who receive other subsidised goods via ration cards.

The ministry has recently seized thousands of ration cards that were illegally used without the knowledge of their real owners.

We developed a new electronic system through which the citizens can obtain ration cards via text messages within seven days.

The cabinet formed a committee called Social Justice to redefine the criteria for the granting of ration cards. There will be no change in the current database of citizens eligible to receive subsidised goods until after a community dialogue over criteria, in coordination with parliament.

How did the ministry deal with rumours about suspending the ration cards of those who did not vote in the recent presidential election?

The ministry issued a statement to refute this rumour and the minister described it as a ridiculous rumour. The ration cards are crucial for most citizens and grab the attention of everyone, so we follow carefully such fake news to prevent controversy.