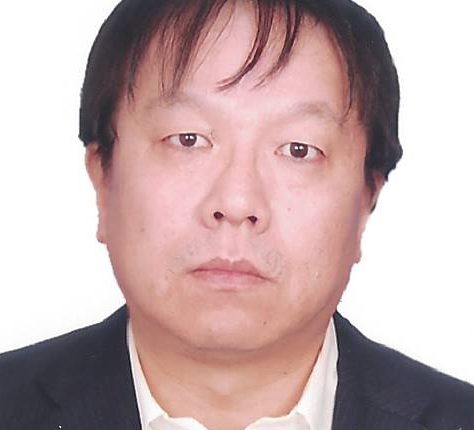 Takashi Tsunemi, managing director of the Japan External Trade Organisation (JETRO) in Egypt, said that his organisation is discussing with the General Authority for Investment and Free Zones (GAFI) arranging a conference in a European country.

Takashi told Daily News Egypt that the conference aims to promote the Egyptian market to Japanese companies based in Europe, adding, “many Japanese companies located in Europe are watching Egypt’s potentials but they do not have much information about the market. It will be good to tell them that there is a chance to invest here.”

Takashi noted that a specific country in Europe has not been determined to hold the conference in. However, Germany and the UK are being considered, potentially benefiting from the JETRO’s offices there.

“My message for new Japanese companies is clear: many things were changed, it is a peaceful country, the security and the political situation is fine,” said Takashi, noting that President Abdel Fattah Al-Sisi is working very hard to enhance security and political matters.

Takashi mentioned that there are very good signs of the economy improving, adding, “the IMF established an office here so there is much positive news.”

Companies headquartered in Japan are worried about the situation in Egypt, but the JETRO tells them that the economic and investment situation is improving, said Takashi.

“I had a meeting with Japanese investors in the real estate sector. They are looking to set up big businesses in housing and financing,” said Takashi adding that he has not yet explained the New Administrative Capital’s opportunities.

Takashi said that a new Japanese manufacturing company working in the automotive sector is mulling the Egyptian market’s opportunities, potentially joining major Japanese companies which are already in Egypt, like Nissan and Toyota, but he did not reveal its name due to confidentiality reasons.

“Last year, a big company working in environmental business, like air conditioners, started working in Egypt and they want to expand exports from Japan as well as set up a factory in Egypt,” noted Takashi.

Takashi said that another medical sector Japanese company, headquartered in Hong Kong, started operating in Egypt lately and it is mulling expanding its business, clarifying that the company offers a new kind of business in the market, which is supporting patients with convenient hospitals outside the country.

“There is a Japanese company working in the energy sector in Egypt, but it wants to enter consumer businesses,” mentioned Takashi, adding that some Japanese companies are interested in the food industry.

Takashi said, “Toshiba is already [in Egypt], but I do not think it will expand its business shortly because it targets high level people who can afford buying its products, the prices of which may be high compared to Korean products.”

Takashi expected that Toshiba may implement an expansion plan when Egyptians incomes become higher after recovering from economic reforms, adding that the Central Bank of Egypt is controlling the issue by altering interest rates.

Takashi said that Japanese companies which work in home appliances in Egypt note improvements in purchasing power during the past Mother’s Day, during which their sales were much better than Mother’s Day in 2017.

Takashi added that he held some meetings with Egyptian officials to help solve Japanese companies’ problems, including officials from Ministry of Trade and Industry, as well as the GAFI.

He clarified that some Japanese companies experienced difficulties in terms of complicated governmental procedures regarding investment in and trading with Egypt.

“I understand that the Egyptian government tries to control the prevalence of fake commodities from international markets like China and Dubai, but the problem is that the extra procedures add difficulties on the committed companies,” said Takashi, adding that the government needs to enhance the competitiveness environment.

Takashi said that the latest bilateral trade statistics of 2017 are very similar to previously announced data.

According to the statistics that were prepared by the Japanese customs authority, Egypt ranked 86th on the list of the top exporting countries to Japan, while it ranked 51st in terms of the biggest importers during the first 11 months of last year.

Former managing director of JETRO, Atsushi Ikeda, expected 2018 to witness the beginning of gradual recovery in trade after its decline in the past few years, according to a media interview published in February.