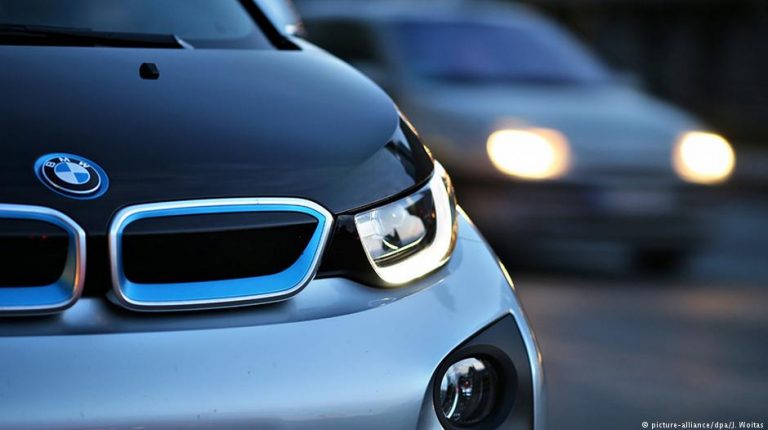 BMW is one of the oldest and most famous companies for manufacturing cars, engines, and motorcycles in the world. The company owns the Rolls-Royce and Mini brands. Daily News Egypt took a tour around the factory of Bavarian Auto Group, the agent of BMW, in the industrial zone of Sixth October, where it witnessed the phases of producing BMW models locally. The production capacity of the factory is 5,000 vehicles per year.

At the end of the tour, Mohamed Zakaria, general manager of Bavarian Auto Group, reviewed the phases of assembling BMW models in Egypt, starting from the paint phase to installing the interior and exterior components, all the way to testing the car after adding final touches.

The tour came to celebrate the start of locally assembling the 5 Series, which comes in two versions. The i520 is equipped with a four-cylinder 2000cc engine, a turbocharger, generating 184hp at a torque of 290 Nm, and has a price of EGP 1.375m.

The factory operates via a semi knocked-down (SKD) system, which means cars’ assembly takes place without any welding works on the inner or outer structures. The chassis comes empty from the parent factory.

It is coated with a layer to protect it against rusting, then painted, and given a number. Afterwards, the cabin and its components are installed, followed by the traction machines and the engine.

The Bavarian group factory has three assembly lines. However, it operates at only two-thirds of its capacity as a result of the decline in market sales and fall in customers’ purchasing power over the past period. He added that the situation was so bad that the two-thirds capacity was recently raised from only one-third earlier, saying the situation improved with the assembling of new models.

Zakaria said that assembling parts is an integral part of the car industry globally, adding that there is a real car industry in Egypt, noting that local components in the car produced in the factory represent 45% of a car’s total components.

The percentage of production and paint lines reach 15% of that ratio. As for the local parts, the Bavarian Auto Group relies on the Egypt branch of the company LEONI to provide it with electric parts. Mobica provides it with seats.

The production phase starts with the paint stage.

Then, according to Zakaria, each part of this important phase conforms to European standards. He refused the questioning of the specifications of the cars that come out of the company’s factory in Egypt, claiming that they are replicas of European cars.

The paint phase is divided into four main stages. The first is electrodeposition to prevent rusting through immersing the body of the car in a specialised tank. The car is then taken to the primer phase.

The third phase includes applying the required colour, and the last phase is applying varnish to give the car’s colour a special shine. The entire paint process for a single car lasts 15 minutes.

Zakaria added that paint materials used in cars globally vary in quality and efficiency, noting that BMW uses the highest quality paint in the world and takes into consideration the sedimentation rates in these materials and their expiry date.

The next phase is done manually by specialists who spray paint cars in an operations room, according to Zakaria.

In this room, the air flows from the top. Workers wear protective clothing, goggles to protect their eyes, and special filters on their faces to purify the air they inhale.

The Bavarian Auto Group uses special colours for special models not used in others, which is done after referring to the parent company. This adds a sense of diversity in the cars and gives customers a long list of options.

After the varnish phase, the car goes into the final manual assembly stage.

Zakaria added that the parent company pays attention to the smallest details during that phase, including the crew, glass, seats, dashboard, headlights, and engine.

He explained that during the phase, technicians move through a specific process that is displayed on computer screens. It includes many sub-phases, starting with laying foundations, then building on them, and so forth.

Each technician working in the final assembly phase has the ability, through continuous training at the company, to analyse any mistakes and avoid repeating them.

The first phase of assembly is Stream Line, which ends with installing all interior car supplies, including the steering wheel, seats, and dashboard. The second phase is called Overhead, which includes installing all the bottom parts of the car’s body.

The Overhead phase includes installing the rear and front axis, some protective devices underneath the car to protect the bumper, the engine, and front and back lights.

The engine comes from Germany mostly in one piece. However, there are some small parts of it installed by the factory’s workers.

At the end of the next phase of the final assembly, the wheels are installed. Then the Final Line phase begins. It involves filling the radiator, braking fluid,  and the AC’s freon, as well as recharging the battery, testing the engine and exhaust emissions, electricity, performance, and interconnection of the technological parts and their suitability for use through the most advanced devices that conform to international standards.

In this stage, the car’s angles are also electronically adjusted, and the car enters road simulation for full testing. The company will only give the green light when it checks, using a computer, that the car is free of any defects.

Zakaria said that with each new model entering the factory’s production line, the company trains workers to deal with it for at least a month. The training is led by foreign experts from Germany throughout production.

There is also a German expert who monitors the quality of the factory who visits the factory daily to monitor and inspect all the cars coming out of it.

All vehicles in final assembly enter the so-called Quality Gate, during which distinguished workers review the work of their peers.

The factory also contains an Early Warning System (EWS), which is a system to detect any issues with a car at the Bavarian group’s service centres.

Zakaria said that in very rare cases, defects appear after assembling the parts, mechanical or electronic.

If a defect is discovered, the car does not return to the production line again, but rather enters special lines to remedy the issue. Then, after all the tests, and before the car comes out of the factory, the BMW logo is added to the car.