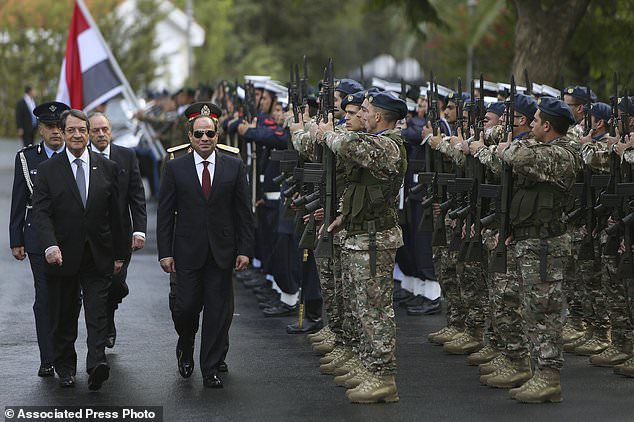 ‏The Cypriot President Nicos Anastasiades will visit Egypt next Monday to take part in the launching of the Week to Revive the Roots that will be held in Alexandria.

The Cypriot president will participate alongside President Abdel Fattah Al-Sisi and Greek President Prokopis Pavlopoulos in launching the activities of the  Week to Revive the Roots in Alexandria, said Cypriot Ambassador to Egypt Jaris Moritzis.

In his statement, the ambassador praised the relations between Cairo and Nicosia, which have witnessed great and unprecedented momentum since the ascension of Al-Sisi, referring to the several visits exchanged between senior officials of the two countries, reflecting the desire of the two sides to push and enhance cooperation to a wider perspective.

Egypt is scheduled to host the Week to Revive the Roots between Egyptian and Greek communities in Alexandria and Sharm El-Sheikh from 30 April to 6 May to promote Egyptian-Cypriot-Greek cooperation.

Lately, Egypt has forged strong ties with Greece and Cyprus. Al-Sisi travelled to Greece in December 2015 for a three-day visit. During it, Al-Sisi discussed with his Greek counterpart boosting bilateral relations and enhancing economic ties between the two countries.

In late 2017, Al-Sisi met with his Cypriot counterpart Anastasiades and discussed bilateral relations between the two countries, hailing Nicosia’s efforts in unifying Cyprus, during a two- day visit to take part in the fifth tripartite summit with his Greek and Cypriot counterparts.