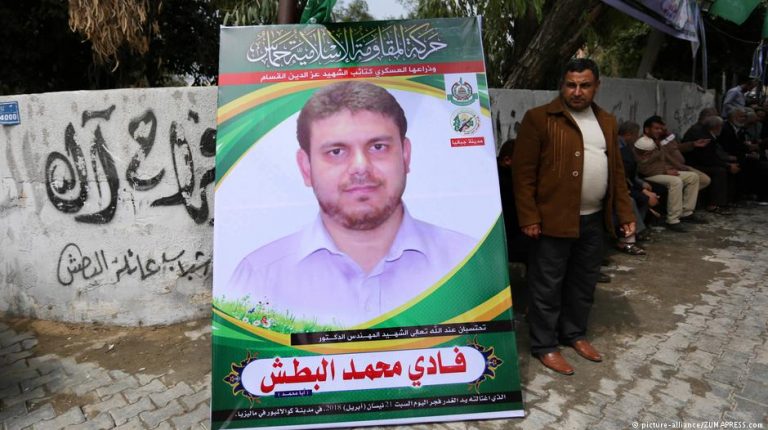 Israel has continued to deny any role in assassinations of Palestinian politically engaged individuals, the latest being the killing of Hamas scientist Fadi Al-Batsh, whose death Israeli Defence Minister Avigdor Lieberman denied the Mossad’s involvement in.

Lieberman’s expected statements come in contrary to Hamas officials’ remarks, as they accused Israel of shooting the scientist, and also contrary to statements of the Malaysian Deputy Prime Minister Ahmad Zahid Hamidi, who asserted the shooting suspects, who fled the scene, were thought to be European with links to a foreign intelligence agency.

According to Bernama, Malaysia’s state news agency, Hamidi said Al-Batsh could have been seen as “a liability for a country that is an enemy of Palestine.”

The slain Hamas scientist was “no saint,” Lieberman said during an interview on Israeli radio and claimed he was an expert in rocket production. Liberman’s government has long been concerned about rockets being fired from the Gaza Strip—which is administered by Hamas—into Israel.

Liberman went on to say that the killing is not the work of the Mossad, but argued that it is an act of “settling of accounts” between Islamic militants.

“There’s a tradition among terror organisations of blaming Israel for every instance of settling of accounts,” Lieberman said.

Israel has a long history of suspected targeting of Palestinian militants in overseas operations. They have also been linked to other assassinations as well, but have rarely acknowledged them publicly.

In 2012, Yediott Ahronoth newspaper said that the Israeli government admitted to the killing of Khalil al-Wazir, a co-founder of Fatah, saying the operation was planned by the Mossad spy agency.

Al-Wazir, who is also known as Abu Jihad, was shot dead on 16 April 1988 during a commando raid on the Palestinian Liberation Organisation (PLO)’s headquarters in Tunis. The newspaper said that the commando unit Sayeret Matkal, overseen by the Mossad, carried out the raid, describing the man as “the number two man in the PLO.”

Al-Wazir served as deputy to long-time PLO leader Yasser Arafat and played a leading role in organising the 1987-1994 intifada uprising against the Israeli occupation. The newspaper quoted Nahum Lev, who commanded the operation, saying that the Israeli officials have “read every page of the file on him,” adding that he was related to several acts where Israeli individuals were killed.

“He was marked for death. I shot him with no hesitation,” Lev, Al-Wazir’s assassin, said.

On the same incident, a report by Israeli officials was published with the details of the operation. It described that the operation included 26 soldiers, who snuck into Al-Wazir’s house in Tunis. Four people, including Al-Wazir, were killed.

In 2001, Amnesty International said, “the Israeli security forces who carry out extrajudicial executions offer no proof of guilt, no right of defence.”

In July 2001, Israel killed three Islamic militants, Mohammed Besharat, Sameh Nuri Abu Hameish, and Walid Sidqi Besharat, in a helicopter missile attack in the area of Jenin, in the West Bank, while a week prior, Usama Fathi Jawabra, a Fatah member, was killed in an explosion in a public telephone booth in the city of Nablus.

Israel and Islamic Jihad agree to Egypt-brokered truce in Gaza