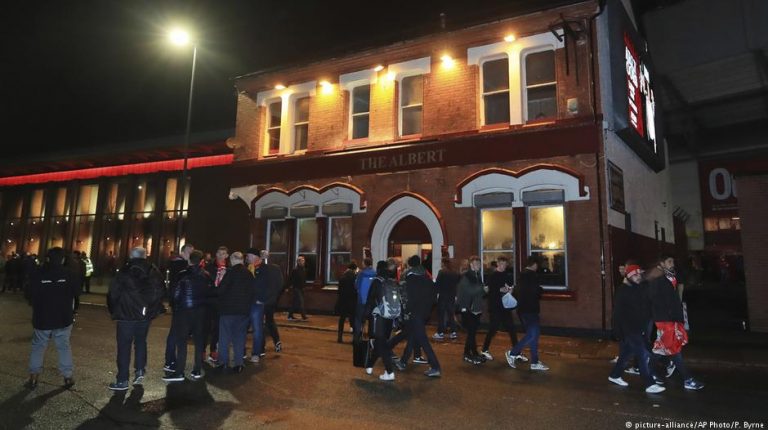 “We believe the victim was in Liverpool with his brother for the Liverpool vs. Roma semifinal and was assaulted during an altercation between Roma and Liverpool fans near to the Albert pub at about 7:35 p.m. (1835 UTC),” police said. “Witnesses report that the victim was hit with a belt and then fell to the ground.”

According to media reports in the UK, a group of several dozen Roma supporters used a side street to access The Albert pub, a popular pregame hangout for the home fans. The BBC and others reported that some Roma fans were carrying belts, while TV footage of the unrest showed one man carrying a hammer. Jonathan Northcroft from newspaper The Sunday Times said the “attack was sudden,” albeit adding that the outnumbered Roma fans were chased away before police could arrive.

Liverpool, who ran out 5-2 winners in Tuesday’s first leg, said they had contacted the emergency services and would also offer any support they could to the hospitalized fan and his family.

“Liverpool Football Club is shocked and appalled after a Liverpool supporter was left in a critical condition having been attacked prior to the Champions League fixture against AS Roma,” the club said in a statement. “Our thoughts, in the first instance, are with the victim and his family at this very traumatic time.”

There was also violence on the streets of Liverpool before the home leg of their previous Champions League game, the quarterfinal against Manchester City. In that case, home supporters pelted the visiting team bus with bottles, cans and other projectiles as it brought the Manchester City squad to the stadium. UEFA charged Liverpool in response to the incident, with a hearing slated for May 31.