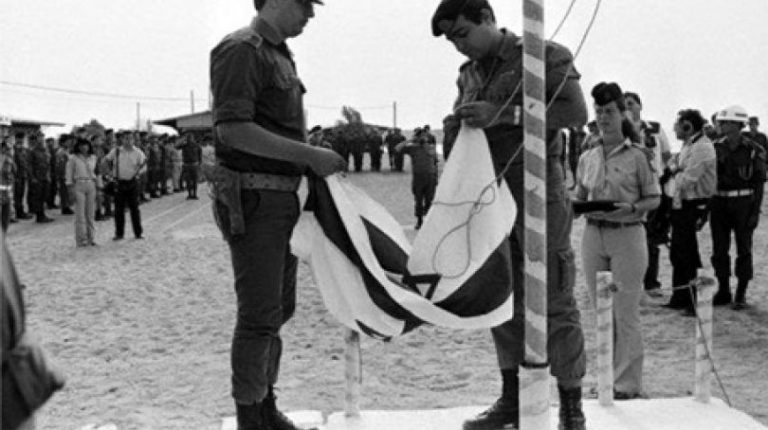 Montasser recalled Sadat’s assassination, which followed his crackdown on his opponents, writing that the oppressive campaign aimed at preventing any internal conflicts from being misused by Israel to violate its commitment to completely withdraw from Sinai on 25 April, as he planned to release more than a thousand detainees afterwards. However, Sadat died before witnessing that day.

Also in Al-Ahram, Osama Al-Ghazaly Harb revived the victory of Egypt in Sinai, as a story which should be passed onto new generations. Harb also said the current challenge for Sinai is to ensure its development.

Meanwhile, Emad El-Din Hussein, editor-in-chief of the privately owned Al-Shorouk newspaper, commented on calls to send Arab troops to Syria. “The US and Israel are seeking an Arab civil, sectarian, and racial war in Syria,” he wrote. Hussein said the Gulf countries would be committing a mistake to follow such calls, as they would certainly not be fighting a defeated Islamic State group, but rather confronting Iranian militias and Bashar Al-Assad.

For his part, Al-Ahram’s Makram Mohamed Ahmed said Egyptian effort to find a solution to the Syrian crisis is putting hope on the support of the French. Ahmed added that there is a rising international demand for political solution and dialogue in Syria, as well as for transparent investigations into the use of chemical weapons allegations, discussing repercussions facing Syria, including further divisions due to interference by foreign influential powers.

On a different note, Al-Masry Al-Youm’s Soliman Gouda addressed Egypt’s borrowing from foreign countries and entities, saying the president is trying to prevent any borrowing unless ultimately necessary and without alternatives. Yet, according to Gouda, the president needs to set a monetary limit for borrowing, because every ministry will be seeking to prove the necessity of obtaining such funds and that ministries have been recently rushing into doing so, pointing at the Ministry of Education’s $500m loan from the World Bank.

Two other op-eds tackled foreign media coverage of Egyptian affairs. In Al-Masry Al-Youm, Amer Hassan praised what he described as a comeback for the State Information Service, which is following up on media reports and responding to them by providing information and analysis to correct mistaken reporting.

In Al-Ahram, Morsi Atallah continued his campaign attacking what he called media rumours and “poisoning,” with funds from Qatar and Turkey, through the usage of fabricated reports aimed at affecting the psychology of the Egyptian people, which according to him are contradicting and losing credibility.