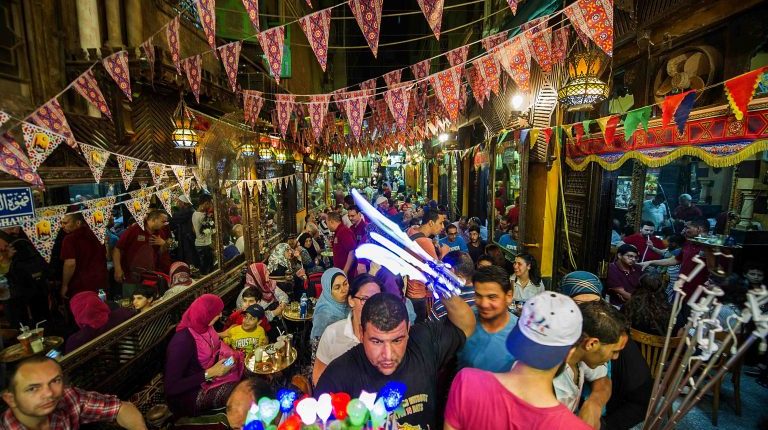 The holiest month in the Islamic calendar is approaching, and things are expected to change. Ramadan is the ninth month of the Islamic lunar calendar. It is the holiest month for Muslims during which they observe a religious obligation to fast, from sunrise to sunset. During the fasting period, abstaining from the worldly desires becomes a duty, allowing for a closer relationship with God through prayers, more worship, and committing “good deeds.” This requires certain changes in the lifestyle of Muslims who fast across the world, as well as a change in the nature of the food and beverages they have during the two meals of Iftar (breaking fast) and Suhur (pre-dawn meal) to maintain their health and ensure they gain both the spiritual and physical benefits of fasting.

As a result of these changes, the retail and hospitality sectors see a noticeable increase in their sales during the month of Ramadan. This, interestingly, not only happens in the countries with Muslim majorities, but also in countries with prominent Muslim minorities, according to Statista.

“Major new TV series and films are released during this month, which also affects advertisement sales and prices. After the Hajj pilgrimage, Ramadan is the period that sees the largest number of pilgrims going to Mecca,” Statista said.

Therefore, spending hikes during Ramadan. According to research carried out by YouGov, an international market research and data analytics firm based in the UK, in 2015 on about 3,288 residents in the region of the Middle East and North Africa (MENA) found out that they spend more money in Ramadan, and the top purchases are food and groceries.

The majority of those who fast find that their lifestyle only changes a little during the holy month, 62% find it easy to fast, and 49% say their work productivity doesn’t change, according to YouGov. In terms of shopping, 60% of MENA residents spend more during Ramadan, 52% shop after Iftar, and 57% save throughout the year for Eid and Ramadan, with the purchases being 47% clothes and 71% food and groceries. About 38% of those who fast in Ramadan eat out less and 33% eat out more.

Moreover, during the month of Ramadan, in countries with a Muslim majority, the private and public sectors reduce the length of their workdays by two or three hours to lighten the physiological consequences of fasting and allow employees to participate in Ramadan-related activities. “A 2011 study by Dinar Standard, a business strategy publication, estimated that countries with an average reduction of two hours per workday during the month lost 40 hours of economic productivity due to the holiday. This averaged to a 7.7% loss in most countries’ monthly gross domestic product (GDP),” Global Risk Advisors said.

“The productivity of workers declines in the holy month by 35-50% as a result of shorter working hours and the change in behaviour during this month,” said Samer Sunnuqrot, an economist based in the Jordanian capital Amman, the BBC reported.

Meanwhile, as productivity declines during the month, spending increases greatly due to these Ramadan-related activities. A 2010 survey by Nielsen Indonesia recorded a 9.2% growth in sales of consumer goods from all income levels in Indonesia during Ramadan. Similarly, the central bank of Saudi Arabia has projected that household spending during Ramadan in 2014 will reach a record $193bn, according to Global Risk Advisors.

“A 2011 report by the University of Leicester economists revealed that on average, stock market revenues in Muslim-majority countries during Ramadan were almost nine times higher and far less volatile than they were during other times of the year. The economists attributed this so-called “Ramadan effect” to the rituals associated with the holiday, which tend to incite positive emotions, and thus, encourage investors to take more risks and buy more stocks,” Global Risk Advisors reported.

Many changes in the economy seem to happen during Ramadan, however, the economies of the countries with Muslim majorities recover quickly within the few weeks following Ramadan, as everything goes back to normal, in terms of business and spending.