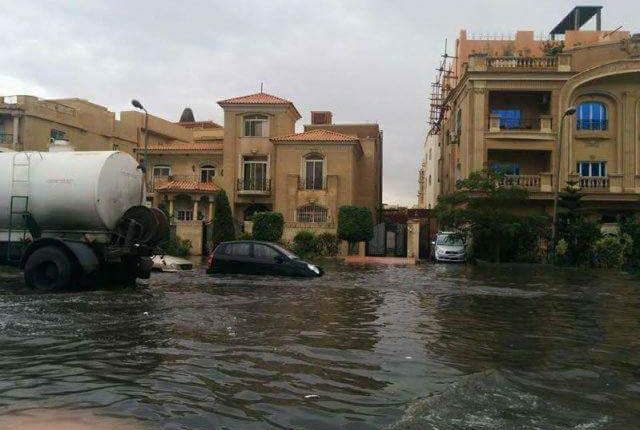 The Administrative Control Authority (ACA) announced on Saturday the suspension of a number of New Cairo officials for the rain fall that accumulated in parts of the country over the weekend.

The ACA further referred the case to the prosecutor general to take the necessary legal measures.

This came in execution to the directives of President Abdel Fattah Al-Sisi to identify the technical and objective reasons that led to the crisis of accumulation of rainwater.

During the weekend, heavy weather hit some areas of Greater Cairo, most notably the city of New Cairo.

The statement said that the responsibility is due to both the head of the New Cairo City Authority and the head of the Greater Cairo Sewerage Company, as well as the committee responsible for the sewerage stations of New Cairo and the director general of Insurance and Road Safety.

However, the statement did not mention the names of the suspended officials.

Social media users criticised the state’s management of the crisis, circulating images of cars submerged in water on flooded roads.

The statement read that there are “serious and substantial breakdowns in many pumps, generators, fire networks, and some main control panels for the operation of pumps for the sewage system in New Cairo.”

Al-Sisi said Thursday that he understands the suffering felt by Egyptians in the aftermath of the inclement weather and pledged that the government would step up its efforts towards preparedness in the future.

EU to sign financial agreement with Egypt for Kitchener Drain