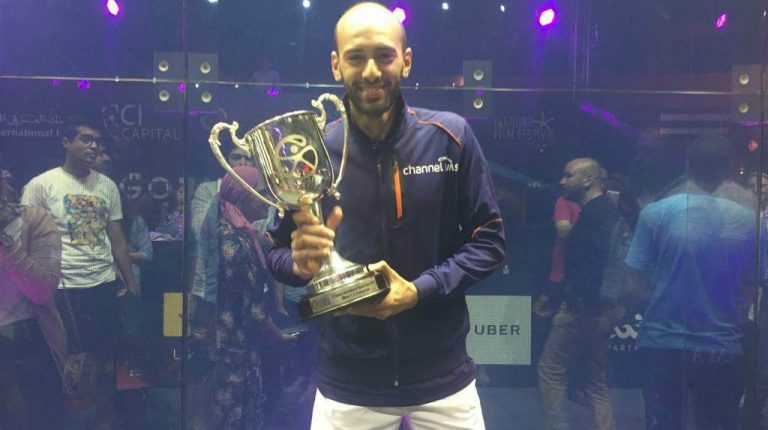 The seventh edition of El Gouna International Squash kicked off on 20 April. The men and women squash tournament was founded in 2010 and is a part of the PSA World Series.

In the tournament’s semi-finals on Thursday, ElShorbagy defeated his brother Mohamed, ranked the world’s number one, to qualify for his first ever El-Gouna final.

Meanwhile, his finals contender Farag beat the French player Grégory Gaultier in a tough match between the two.

On the women’s side, El Sherbini moved to the final after securing a victory against England’s Laura Massaro, while El Welily defeated her fellow Egyptian player Nour El Tayeb.

In the 2017 edition, the French national Gaultier won the men’s title after defeating Egypt’s Karim Abdel Gawad, and in the women’s edition, El Sherbini secured the title after a victory against El Welily.