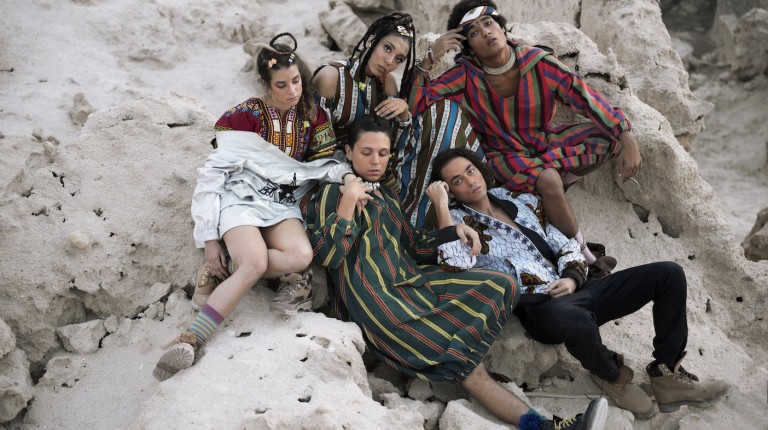 El-Tanboura is a Port Said-based troupe that started 30 years ago at the hands of Zakaria Ibrahim, who with only few members aimed to document and revive the cultural heritage of the area, which is on the verge of extinction.

With the use of simsimiyya, a five-string lyre which dates back to the pharaonic era, the passion for which was revived in the 1950s, and basic bass instruments, the band sings Egypt’s most famous folkloric songs, which they have been witnessing their ancestors recite since birth, without knowing who wrote them or when they saw light for the first time.

The unique thing about this album, according to Ibrahim, is that it combines heritage songs they have been singing at their concerts for a while and new songs that they wrote specially to celebrate their 30th anniversary.

“The album’s eponymous song, “Azef El-Awtar” tells the story of our 30-year journey, from the moment we started until today, where materialism and money take over every aspect of life,” Ibrahim said at the concert.

The band, which currently consists of 15 members, was established in 1989. Since then, it successfully documented hundreds of folkloric musicals and reproduced them. Throughout its three decades, more than one hundred musicians were a part of the group, yet, some left due to the unstable income, while others died.

“Even with our new songs, we follow the same path of our folklore songs, whether in music, rhythm, or beat. We maintain our community’s remaining soul and heritage even in recently produced work,” said Mohsed El-Ashry, the main simsimiyya player in the troupe.

Despite the mainstream commercial songs that dominated the market in recent years, El-Tanboura still finds loyal fans who follow them to every concert they hold and sometimes travel all the way to Port Said in order to attend their weekly concert at one of Port Said’s cultural centres.

“The fans are currently more than any time before. People from different ages and backgrounds, especially youth, attend our concerts and know the songs we perform by heart,” El-Ashry added.

Although the troupe has a large fan base in Cairo, it never thought of moving out of its hometown in Port Said or even stay a night after their concert in another city is over. The members constantly return home no matter how late the time is.

“I cannot leave the place where I grew up. Other than my family, everything I know in life is there,” Yehia El-Gendy, one of the troupe’s members, told Daily News Egypt.