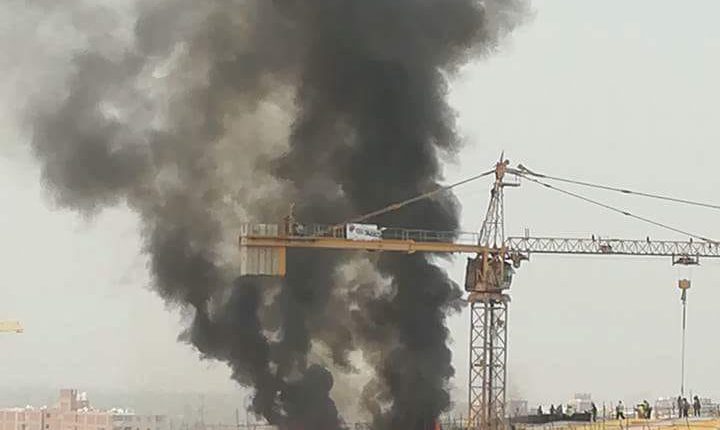 A fire erupted at the Grand Egyptian Museum (GEM) in the Haram neighbourhood of Giza on Sunday. The building is still under construction.

Security officials said that the fire erupted in the wooden boards that are being used in constructing the building, and 10 fire engines helped to put out the fire. According to an eyewitness, the fire did not affect the front side of the museum or the building for the restoration of antiquities.

The reason of the fire is still unknown and no losses have been recorded. The fire caused a traffic jam along the Ring Road.

The GEM is set to be the largest museum in the world and is expected to receive 5 million visitors annually. It costs about $550m, with $300m coming from a Japanese loan to build the museum over 117 feddans. Construction of the GEM started in 2012 and it is set to be inaugurated in May 2022.