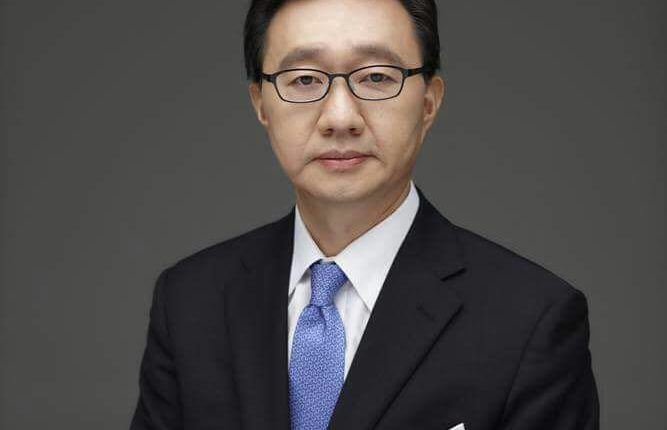 Yeocheol Yoon, South Korea’s ambassador to Egypt, said that Egypt has not yet received the $3bn financial package that was announced during President Abdel Fattah Al-Sisi’s visit to his country in 2016, adding that it is a long process and the Egyptian government did not suggest specific areas for cooperation to efficiently use the sum.

Yoon told Daily News Egypt that the package has two components. The first is $700m, to be provided through the Economic Development Co-Operation Fund (EDCF), a low interest loan with a long-term repayment period over 30 years.

The ambassador said that the rest of the funding is $2.3bn, which will be used as export credit, noting, “the frame of this money is in place. Determining how Egypt spends that money in a productive area will be the subject of further discussions between the two countries.”

He added that there is collaboration between the two governments in terms of how to use the money effectively, which is more valuable than the funding itself.

“We understand the big projects in infrastructure and energy are key to future cooperation, but it is the responsibility of the Egyptian government to define the areas where the money will be spent efficiently,” said Yoon.

In March 2016, Minister of Investment and International Cooperation Sahar Nasr signed memoranda of understating (MoUs) that resulted in a $3bn financial package from South Korea designated for development projects and export credit loans, on the sidelines of the Egyptian president’s visit to South Korea.

What is your view of the Egyptian market right now? How can you assist the situation after the reform programme is being implemented?

I understand that after adopting the floating system of the local currency, the Egyptian economy suffered many difficulties. I think that the bad days are over, and the better days are yet to come. The strong reform measures made by President Al-Sisi created a healthy environment for the economy, especially for investing.

It has been only two months and a half since my arrival in Egypt, but I tried to meet as many people as possible, including diplomats, governmental officials, and many society leaders. I felt that they all are optimistic about Egypt.

Which Egyptian officials have you met since you arrived?

Actually, I have not gotten the chance to present my credentials to the Egyptian president. Other than that, I met with his national secretary adviser and other leaders of parliament, leaders from the Foreign Affairs Ministry, other ministries. I discussed with them many things, including the bilateral relations and the political situation in the region.

I also met with religious leaders like the Grand Imam of Al-Azhar Ahmed Al-Tayeb and Pope Tawadros II, the head of the Coptic Orthodox Church. They were both great gentlemen, I was very much inspired by their messages of peace, tolerance, and understanding. They showed that Egypt is a good model of a multi-religious country.

I met ambassadors of different countries and we discussed the situation of the country. I had the chance to go and see the Korean companies operating in Egypt, like LG, Samsung, and GS. They are all working so hard to make money, but they also help Egyptian society and the economy.

When will you meet the president?

It is up to the president’s agenda. We are waiting for a fixed a date; the last presentation ceremony took place on 22 February, and probably, the president has that ceremony every quarter, but this time, because of the election, maybe the credentials will take place later.

After meeting some of the Korean companies which are operating in Egypt, did you learn of any expansion plans for them?

There are some Egyptian initiatives to grow the economy, the investment in infrastructure, and making the future of the people better. The Korean companies can also contribute with their know-how and experience, especially in the field of information and computer technology.

We can join megaprojects you may have in the field of building roads, factories, and renewable energy sources. We have our experts, and also, we have already been working with the Egyptian government on railway computerisation systems.

Those kinds of projects can make the lives of Egyptians easier and we are ready to participate in them.

What are the plans of the Korean companies which are already present in the market?

Two of the most famous Korean electronics companies are Samsung and LG. They have their own plans here, so all together, they are producing and exporting about $300m worth of products from Egypt to the Maghreb region, Europe, and the Mediterranean region. Exporting increases foreign currency revenue for the Egyptian economy.

The companies are planning to expand their investments here; they may add new facilities and products.

The only thing that I can mention in terms of difficulties because of foreign currency regulations and Egypt’s desire to restrict imports and expand exports, sometimes it is difficult for them to expand their facilities and sometimes their plans to export their items in the region face some difficulties.

If the Egyptian government can help them to resolve these kinds of problems, they will be more than happy to expand their investments and production facilities in Egypt.

What about interest from new companies?

There are many Korean companies which are really interested in the Egyptian market. They are watching how things are going in Egypt and they may be also be watching the impact of new laws and regulations.

If the Korean investors in Egypt are telling them about the market’s advantages, this will make them take the decision of investment here easily.

Is there any information regarding new visits in 2018?

The historic visit by President Al-Sisi in March 2016 was very important, and we created a new partnership between Korea and Egypt. This developed into further highly important visits.

Egypt’s minister of defence and of military production came to Korea and we sent an economic delegation.

I hope that Korean Defence Minister Song Young-moo will be able to come to Egypt in 2018. The date has not been determined yet.

Would you tell me more information about cooperation in the field of defence?

The cooperation in the area of defence between both countries is very important because the Egyptian Embassy in Korea decided to have a military attaché office. It was a historic decision taken last year and the decision showed how deep the cooperation between Korea and Egypt in the field of defence is.

We are looking forward to having more cooperation in the field of military production. Korea has modern technology with competitive prices and very good conditions for these kinds of deals.

When will the Korean president visit Egypt?

That is what I am working very hard at. As 2018 will witness more work in the field of inter-Korean relations, President Moon Jae-in is envisioning a plan to visit this part of the world, which is the Middle East and Africa

I hope 2018 will witness the Korean president’s visit to Egypt, I am working very hard on that. Egypt is not only country of glorious history and shining civilisation, the country is totally different from the Middle East in its culture and state of mind.

What about the latest trade statistics?

For 2017, the trade exchange value was $1.4bn, which was a low point when compared to $3bn in the past years. It is low due to the revolution’s impact, which led to a difficult environment here for both trade and investment, but I think that trade exchange will recover soon as the Egyptian economy is predicted to continue growing.

The Korean Cultural Centre is quite active; what is its annual budget?

Korea chose Egypt to open its first cultural centre in MENA in 2014, which shows the importance of Egypt for Korea, but the Korean Cultural Centre’s budget is very modest. Korea sometimes looks modern and fancy, but the governmental budget is limited compared to other big countries in the world.

We are trying to concentrate our efforts in Egypt on culture exchange, to make people know more about each other. Personally, I was surprised when I heard K-pop music played and danced to by the Egyptians, they were wonderful.

Last week we had a presentation on Korean traditional music at the Cairo Opera House. It has its own elegance and dynamism.

The Korean Cultural Centre has a long way to go to achieve its main goals. We aim to show the Korean people how the Egyptians live their life now.

How do you assist the local tourism situation? How many Korean tourists visit Egypt annually?

In the past years, we had about 70,000 Koreans come to Egypt every year, but after the revolution, the situation changed. However, last year, we registered about 15,000 people which was considered an indication of improvement.

It is important to give the Korean people the impression that Egypt is safe, as Koreans get scared of the media reports they watch, which show the militant attacks in Sinai and even in Cairo.

We need to show that the militant attacks are getting less and to show how other tourists from foreign countries are coming to Egypt and enjoying safe tourism.

We need facts on the ground that the security situation is better and there are a few number of militant attacks. However, it would be perfect if there are no attacks.

Are there any expectations for tourism figures by the end of 2018?

We do not forecast the figures, but I hope that 2018’s Korean travellers to Egypt increase compared to last year. We will see.

I would like to add that Korean travellers were used to cultural sightseeing like visiting the sphinx and the pyramids, and sometimes they linked their visit to Egypt with other neighbouring countries such as Israel, but now because of the security situation it is difficult for them to come from neighbouring countries via land.

The new trend is that Koreans may come to Egypt for fun to see other cities like Hurghada, Dahab, and Luxor.

Would you please tell me more details about the Korean economic development experience?

Korea was one of the poorest countries in the world in the 1960s. I remember that the World Bank conducted a study on Korea, concluding that there is no hope for Korea to develop.

Since 1960, we started to implement the National Economy Development Plan, which was a five-year plan. We tried to create key industries, to manufacture and export our goods. We started with small consumer goods such as Korean wigs, which were sold to the US and Japan.

Then, money first came to Korea from sending Korean miners and nurses to Germany to get foreign currency. All these efforts were invested again to achieve further impact on electronic industries and the automotive sector and we also had heavy industries like steel and shipbuilding.

Korea expanded that development strategy by putting heavy investments into human capital, not in terms of money, but the attention we paid to the education of younger generations. Now, 70% of high school graduates go to college. This is much higher than the OECD average of 40%.

Another important element to development is democracy; people feel more freedom to express their opinion. We believe in a saying: “do not give them a fish, but teach them how to catch a fish,” so we created the Knowledge Sharing Programme (KSP).  We started our KSP programme with Egypt in 2013 and we have been working in specific areas, including taxation systems and how to collect taxes efficiently and best invest them in other important projects like infrastructure, defence, and other important projects.

We do not stop at just sharing the information, but we make sure that the policies are adopted with the local views.