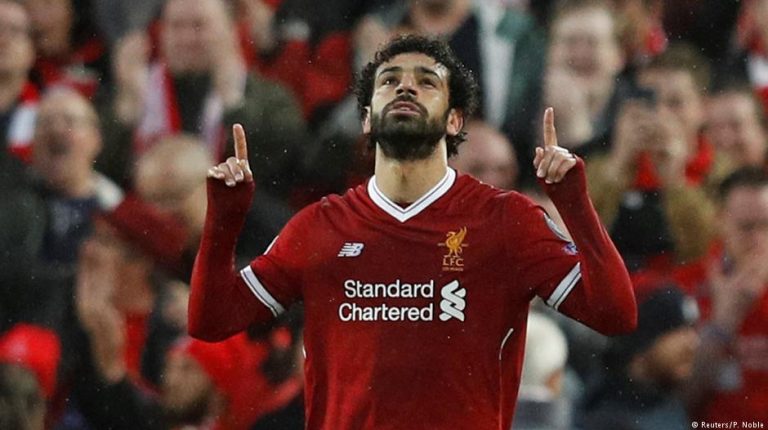 Liverpool winger Mohamed Salah’s conflict with the Egyptian Football Association (EFA) and its sponsor, WE, over the  unauthorised use of his image on the national team’s official aeroplane, appears to have ended. The 25-year-old football player tweeted on Sunday that he was assured the issue will be resolved, while Egypt’s Minister of Youth and Sports Khaled Abdel Aziz promised to meet Salah’s demands.

“Thanks to everyone for such great support today, I was actually pleased with this unusual reaction,” said Salah, adding that he was “promised to reach a settlement of the issue and it will end soon.” For his part, Abdel Aziz tweeted: “We agreed with president of the @EFA to implement all the demands of @MoSalah. We will support him to fulfill all his deals in #England to avoid any troubles. Long live #Egypt.”

The issue began when the Reds’ 43-goal top scorer tweeted on Sunday: “Unfortunately, I was mistreated and humiliated, I was hoping the matter could be handled classier than that,” referring to the use of his image on the Egyptian national team’s plane, which was provided by WE. Salah has a sponsorship deal with rival telecommunication firm Vodafone. His tweet went viral among his fans and supporters on social media, who launched the hashtag #Support_Mohamed_Salah.

Meanwhile, Ramy Abbas, Salah’s agent, said that they were awaiting for a resolution to the matter, tweeting: “We have not even been contacted for a resolution! Nothing! Complete silence! What’s the plan?! We just see more and more billboards and ads coming out which we have never authorized! What effect do they think this is having? a good one?! Anyway, time is of the essence.”

He also insisted that the EFA and its sponsor WE had no right to use Salah’s image without written consent from MS Commercial, Cayman, the firm that owns Salah’s image rights.

Abbas previously tweeted that they have a “very serious issue with EFA,” adding, “any unauthorised use of image rights shall be dealt with severely.” He also wrote: “All options are on the table.”

Salah two goals against Congo in October last year qualified his country to the World Cup for the first time in over a quarter of a century. He has been seen by Egyptians as the hero who gave Egypt the opportunity to reach the 2018 FIFA World Cup in Russia.