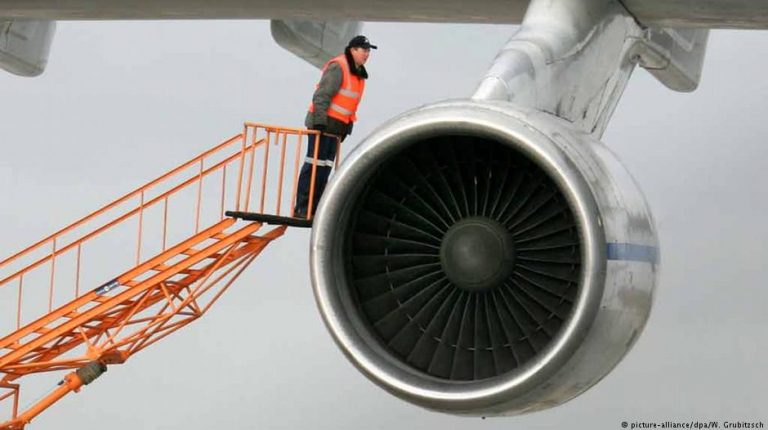 Not satisfied with just building planes, Boeing wants to increase its share of the lucrative after-sales aircraft service business. The company sees a bright future and high margins in its parts and maintenance unit.Boeing announced Tuesday that it reached an agreement to acquire Florida-based aerospace parts distributor KLX for $4.25 billion (€3.5 billion) in an effort to boosts its aviation services business.

Executives at Boeing described the move as another significant step in growing its specialized global services arm, which was launched last year and aims to increase its initial annual revenue of $15 billion to $50 billion within five years.

“This acquisition is the next step in our services growth strategy, with a clear opportunity to profitably grow our business and better serve our customers in a $2.6 trillion, 10-year services market,” said Stan Deal, head of Boeing Global Services.

KLX provides aerospace parts and services to commercial, business and defense jet customers worldwide. In December, the company first announced it was considering options, including selling itself. In 2017, the company reported $1.7 billion in revenues.

Under the all-cash deal, Boeing will pay $63 per share and assume $1 billion in debt. As part of the deal KLX will divest its energy services business, which provides oilfield tools and services to the oil business.