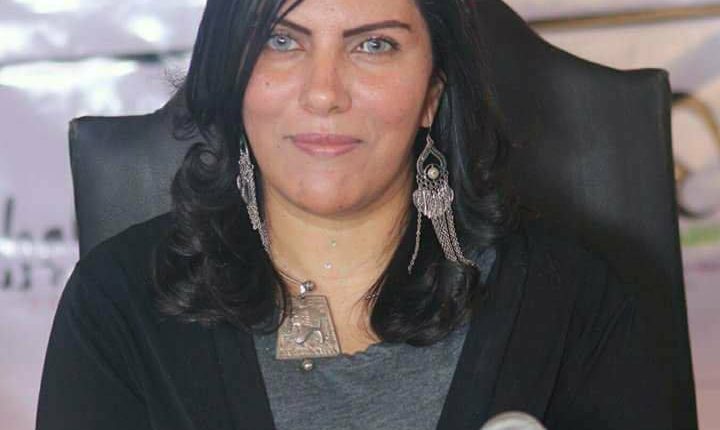 Women who decide to get a divorce in the Middle East always suffer from judgmental societal views, such as Arab societies have always viewed divorced a woman as a notorious person. She is also always viewed as a selfish person who only thought of herself and demolished her home.

Not to mention that women also suffer from many consequences when thinking about filing a divorce case and when thinking about the custody of their children, who are immediately transferred to women’s mothers or sisters or return to their fathers (their ex-husbands) if they re-marry , as well as psychologically suffering from post-divorce trauma and readjustment within the community and going through psychological rehabilitation to be able to return to society again.

According to the latest governmental statistics, in Egypt, there is a divorce case every four minutes, leading an Egyptian woman named Naglaa Ayyad to launch the New Beginning initiative, which aims to help divorced women overcome society’s stereotypical look at divorcees and also aims to guide divorced women on how to raise their children in a healthy environment.

What prompted you to create an initiative for divorced women?

I got divorced and I was a mother of two children. Because of my young age when I got divorced, I was under pressure from my family, although they are well-educated, but they had a big problem with the fact that their daughter is divorced, which put me under the burden of depression for a long time and prompted me to rush to make a decision to marry again.

I married again just to escape from the word “divorced woman,” which resulted in being divorced again from this second marriage.

After that, I decided to search and look for the psychological impact of divorces on women and how to overcome the bad societal and psychological obstacles that divorced women face.

From there, the idea of the “Bedaya Gededa”  (New Beginning) initiative originated. I started it from my account on Facebook, helping my acquaintances who were divorced women, then the idea expanded and I launched an initiative.

How did you find the response or the feedback to the initiative?

At first, it was within the narrow limits through my friends and acquaintances who got divorced, but over time, women from all over Egypt started to join us, so now in every governorate in Egypt, there is a team from the initiative, especially as Egypt currently witnesses a divorce case every four minutes, thus meaning that a large number of women need help in order to overcome that ordeal.

What kind of support or psychological rehabilitation does the initiative offer to divorced women?

First of all, we have volunteers who are businesspersons who always encourage and support divorced women if they do not have income or work, through helping them to get a job or helping them to make a small project that guarantees them a decent life in order to raise their children.

We also provide psychological and legal counsellors to help them not be overwhelmed by depression or surrender to feelings of oppression, because these feelings in themselves are likely to hinder the chances of life in front of them.

And most importantly, we make them face society without feeling inferior or having a problem. This will only happen if she first believes that failure in marriage is not the end of the world.

Why did you choose the name “Bedaya Gededa” for your initiative?

Because I needed to send a message to every woman: that if she fails in her marriage experience and got divorced, she has to continue and not to talk about the past, but think about the new beginning and the future.

A new beginning in which she will do only what suits her, ignoring all societal views.

Is “Bedaya Gededa” initiative affiliated with any NGO or with the National Council of Women?

No, it is an independent entity.

Throughout your work on the initiative, in your opinion, what are the most important causes of divorce in Egypt?

Recently, social networking sites that made husbands and wives busy and rarely talk to each other opened the door to having illegal relationships through chatting.

In addition to that is the irresponsibility of couples, especially men, which is a very common cause.

Other causes are beatings, humiliation, parental intervention, and sexual weakness, such as a very large number of men who cannot perform their marital duties except by taking sexual stimulants, which affects the wife psychologically and negatively impacts her health.

I think all these reasons led to that increase in the rate of divorce.

You mentioned the point of couples’ irresponsibility. Do you think that Egyptian couples should have a pre-marital psychological rehabilitation course, like Mahathir Mohamad’s experience in Malaysia?

We are in dire need of this. Unfortunately, most of those who get married in Egypt, whether women or men, do not recognise the value and importance of that marriage in building society, thus resulting in that they do not know how to continue and how to face the obstacles of marriage.

That will thus result in them failing to raise their children as good citizens.

This is what Mahathir Mohamad realised, where he made a law that requires those who intend to marry to enrol in a psychological rehabilitation course on the importance of marriage and the consequent responsibility, duties, rights, and obligations, in order to build a family that supports society.

This is what must happen in Egypt also, especially after the high rate of divorce and the consequent psychological damage to new generations. There is no doubt that the children of divorcees will not turn out, psychologically, the same as children who grew up between a father and mother who respect each other and cooperate in raising their children.

What are the legal problems that a divorced woman may face in Egypt?

The alimony is the first problem that a divorced woman faces. Divorcees face a lot of humiliation when they are trying to obtain their children’s alimony, as they do not get their alimony quickly; it takes two to three years to receive it.

Imagine if a woman does not work, how can she fulfil the financial demands of her children and her house? Meanwhile, the alimony’s value is decided by the judge according to the financial conditions of the husband.

This gives room for the husband to fabricate the documents that prove his financial conditions, thus the judge cannot decide on the fair alimony value.

On the other hand, there is another problem that the divorcees face, which is their children’s perception. Thus, I demanded from President Abdel Fattah Al-Sisi himself to reconsider the alimony and the entire personal status law.

What did the initiative add to you personally?

On the personal side, I changed a lot for the better, gaining more self-confidence.

On the social side, I was honoured at several conferences, including by the British Embassy. I am also a candidate for “El Malaka” (The Queen) programme to launch this initiative across the Arab world.

Finally, what are your hopes?

I hope to see this initiative spread in the Arab world. I also seek to launch an official day for divorced women that will be supported by the state.

I Want a Divorce tackles women’s struggles in Egyptian society