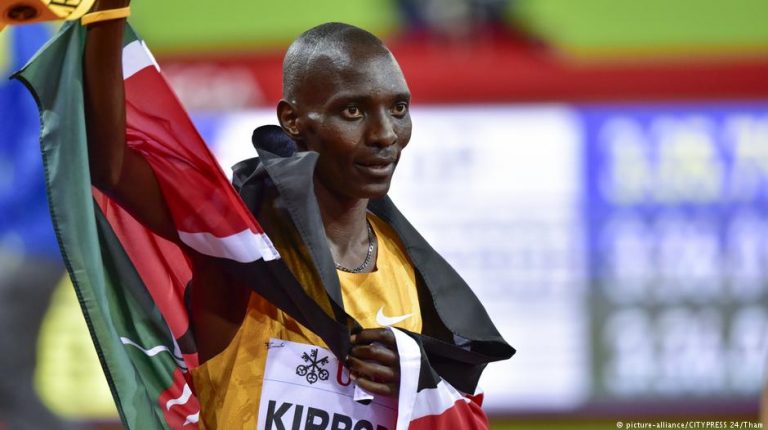 A drug testing officer says he gave three-time 1500-meter world champion Asbel Kiprop advance warning of a doping test. The Kenyan runner, 28, tested postive for endurance-enhancing drug EPO in November 2017.The Athletics Integrity Unit (AIU) confirmed on Friday that Kiprop had returned a positive test. They described the officer’s actions as “extremely disappointing” and said the International Association of Athletics Federation’s (IAAF) disciplinary tribunal will determine whether the tip-off rendered the test invalid.

If that proves to be the case, the 1500m Olympic champion from 2008 could escape sanction for the banned substance found in his urine sample from an out-of-competition test last year.

Kiprop has denied doping and says he paid the testers via electronic transfer and saw no issue with that decision.

“At that time I did not see the money as an inducement or bribe,” he said. “I gave it in good faith thinking they may have some need known to them.”

The Kenyan, also a police officer, claims “it is not beyond my suspicion that my sample turned positive because I might have remitted less money than I was expected to remit.”

The AIU denies these allegations and that any financial reward was offered.

“The purpose of the meetings was to notify him of the positive test and give him the opportunity to admit any offence promptly or to provide information about doping in athletics that could amount to “substantial assistance”.

“This is standard practice for the AIU when serious doping substances have been detected in any sample. Any suggestion that there was anything improper about this conversation is categorically untrue.”

The IAAF insisted that, despite the rural areas where they train proving difficult to manage, Kenyan athletes get no advance notice for doping tests, including the collection of urine samples, that don’t have to reach labs so quickly.