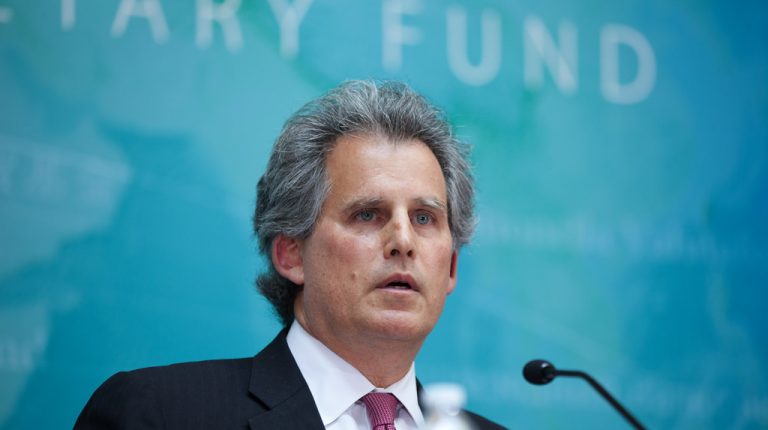 The time has come to take advantage of the Egyptian reform programme’s success and push to create jobs and raise living standards through sustainable growth, said IMF First Deputy Managing Director David Lipton on Saturday during his visit to Cairo, ahead of the Inclusive Growth and Job Creation in Egypt conference.

Lipton explained that, by 2028, Egypt’s working age population will increase by 20%, with a labour force of almost 80 million Egyptians just 10 years from now.  He added that their absorption into the economy could boost growth into the range of 6-8%, which would improve living standards for large segments of the population.

The role of the private sector is essential to achieve such targets, and that can be done through achieving a better business climate, he elaborated, adding that assuring a simple, transparent environment will allow small businesses to grow into medium-sized and even large companies.

Furthermore, to allow the private sector to prosper, greater regulatory certainty is needed to encourage investment and competition, along with a smaller footprint for the public sector in the economy, especially in business and commerce, to clear room for the growth of the private sector, and to relieve entrepreneurs from the unwinnable matchup of competing with the public sector.

In regard to the reforms undertaken by the authorities, Lipton explained that Egypt’s economy has gone a long way from its 2016 state, as it was suffering from low growth, lagging investment, rising inflation, and growing government debt.

“Now exports and tourism are recovering, and the current account deficit is falling. Confidence has improved, and investment has picked up. As a result, growth so far this year is at a 5.2% pace and inflation should decline to 11%. There is clear evidence that the Central Bank of Egypt’s monetary policy control has contained the second-round effects from the pound’s depreciation, the increases in fuel prices, and the VAT,” the statement said.

Moreover, the energy subsidy cuts have freed up some of the funding needed for targeted social assistance, allowing a more efficient allocation of resources across the economy, which will be an important element to unlocking Egypt’s economic potential.

Lipton explained that Egypt can learn from other countries’ experiences, especially Indonesia, Mexico, and India, in maintaining stabilisation efforts, to produce growth and benefits that all citizens can perceive.

Opinion: Why Europe cannot be complacent about its recent economic success