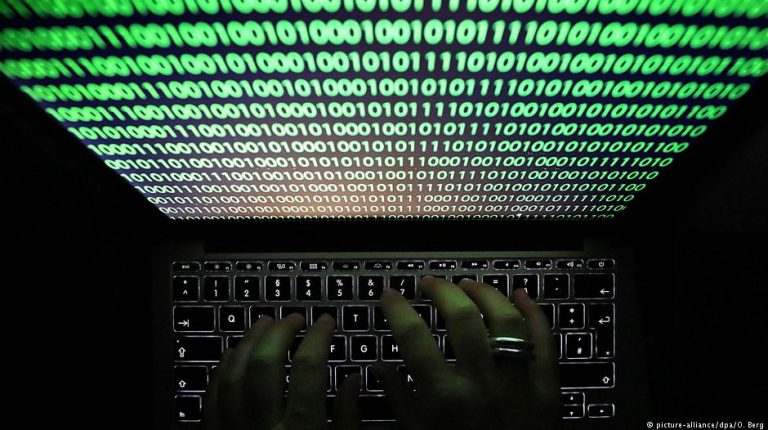 Brazen cyberattacks are straining relations between Greece and Turkey, two nations with considerable shared past – and a history of tense ties. Greek experts are sounding the alarm and warning of further attacks.The Greek Foreign Ministry’s reaction on Thursday appeared almost routine: “Cyberattacks are being neutralized immediately by the responsible authorities. At no time has the Ministry’s website been disabled,” the terse message said. What had happened?

The day before, the Turkish hacker group Akincilar (“Invaders”) had targeted the foreign ministry’s website, as well as publishing a video documenting their action. Previously, ANA, the Greek news agency’s website had been hacked. The Athens journalists’ union ESIEA strongly condemned the cyberattack and also declared its solidarity with Turkish journalists fighting for press freedom in the neighboring country.

The Turkish hackers said on the television station Skai that the cyberattacks were a response to Athens’ refusal to hand over the Turkish officers who fled to Greece in July 2016. The officers had fled their country in the wake of Turkish President Recep Tayyip Erdogan’s crackdowns on numerous sectors of society and government following an attempted coup.

“We are working against forces that threaten our national unity. The attacks will continue as long as Greece maintains its current position,” said a member of the hacker group.

In Athens, rumors abound about the perpetrators’ identity. “I don’t think they’re ordinary citizens, but agents of the Turkish state. That is quite clear,” says Angelos Syrigos, political scientist and former secretary general of the Interior Ministry.

According to Jorgos Tzogopoulos, lecturer on international relations at the University of Thrace, there is still no evidence that there are actually organized structures behind the latest hacker attacks. Nevertheless, he says that the Greek government would be well advised to increase its alertness on the issue of cybersecurity.

“This issue is a priority both in the EU and in the US, if only because of Russia’s increasing online activities, ” Tzogopoulos told DW. But he also said that Greece is unfortunately still lagging behind in this area.

IT security consultant Kostas Vavoussis shares this view. “We know Turkey has a strong cyber army. Greece should finally start investing in its own cybersecurity,” he told TV station, Antenna. Politicians have so far refrained from commenting. Experts fear the cyberattacks look set to continue. In any case, according to Tzogopoulos, such incidents are symptomatic of a significant deterioration in relations between Greece and Turkey.

On Thursday, a prompt counterattack was alleged to have taken place. Greek hackers from Anonymous attacked Turk Telekom servers and paralyzed the channel 24TV Live website for several hours. The Greek hackers said that the attacks would continue as the upcoming Turkish elections approach.

Read more: Turkey-EU relations: Which countries are for or against Turkish accession?