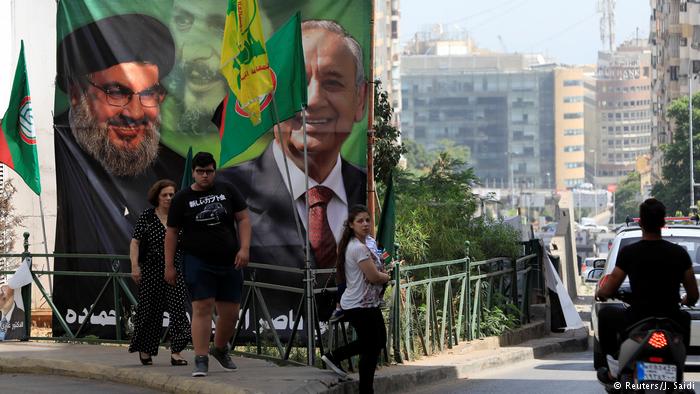 The initial, unofficial results of Lebanon’s first parliamentary elections in almost a decade showed on Monday that the Shiite Iran-backed Hezbollah group and its political allies gained more than half of the seats in the legislative body, which is expected to increase Tehran’s influence in the region.

Meanwhile, Lebanese Prime Minister Saad Al-Hariri’s party, the Saudi-backed Future Movement lost some seats in its traditional strongholds to competing candidates, gaining 21 seats compared to 33 in the last elections in 2009. However, he is still viewed as the country’s preeminent Sunni Muslim leader, holding the biggest bloc in parliament, which makes him the most likely candidate to form the next government, which is expected to be a coalition between all the main parties.

Meanwhile, the Lebanese Forces, a Christian party and former militia, gained 15 seats rather than eight, while the Free Patriotic Movement (FPM), also a Christian party, failed to obtain the percentage it was seeking. More than 500 candidates belonging to different religious sects were running for the 128 seats in the Lebanese parliament.

Israel has already reacted to the news of a Hezbollah triumph. Israeli Education Minister Naftali Bennett tweeted on Monday, “Hezbollah=Lebanon,” adding that “Israel will not differentiate between the sovereign State of Lebanon and Hezbollah and will view Lebanon as responsible for any action from within its territory.”

Polls closed on Sunday after voters turned out to cast their ballots in the country’s first parliamentary elections since the civil war in neighbouring Syria broke out in 2011. The vote was hailed by many Lebanese politicians, including President Michel Aoun of the FPM, who had urged citizens to participate. Fewer than half of Lebanon’s registered voters, 49.2%, cast their ballots, according to the country’s Interior Ministry, compared to 54% in 2009.

Since its last elections, Lebanon has faced economic and social upheavals, violence, and a refugee crisis due to the Syrian civil war. More than 1 million refugees were sent to the small country that has a population estimated at only around 4.5 million.

Moreover, in November last year, crisis erupted in Lebanon after Al-Hariri surprisingly resigned from office while in Saudi Arabia, Iran’s regional foe, saying that he feared for his life and accusing Tehran of sowing “fear and destruction” in several countries, including Lebanon. His resignation raised speculation that he had been forced to make the announcement by Saudi Arabia, especially after some Lebanese politicians accused Riyadh of “holding” him hostage.