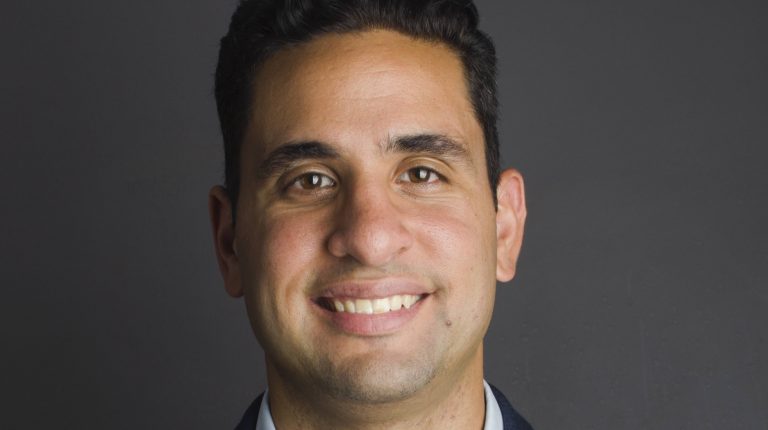 Mohamed Rizk, co-founder of Brantu, said that his company plans to launch e-commerce website elprices in the Egyptian market, with investments of $1.2m, adding that the market is still fresh and has great e-commerce potential.

Rizk told Daily New Egypt that Brantu is a Swedish-Egyptian startup company, which entered the market at the beginning of 2018, adding that the company will officially launch its e-commerce website, elprices, at the end of October.

Daily News Egypt sat down for an interview with Rizk, the transcript for which is below, lightly edited for clarity.

How did the idea first come about?

I met with my Swedish partner and friend when I was getting my master’s degree in entrepreneurship at the Swedish Institute. In our freshman year, we were thinking about creating a common venture.

We got financial support from the Swedish government, with which we opened a small office in Egypt. We were thinking about having an office in Europe, but Egypt has a lower labour force cost when compared to Sweden for example.

We felt that Egypt has a remarkably growing market in terms of data processing, development, and people’s access to technology and apps, while Sweden is one of the most innovated countries around the world.

We preferred to enter a new, fresh market like Egypt rather than invest in an extremely competitive market in Europe. We decided to shift our direction to the Middle East and changed the idea to something that fits the region.

Sweden is a very well-known country for transparency and easily accessible information system, while Middle Eastern countries still face the problem of lack of information and many people are cheated on in terms of prices, so we thought it will be beneficial if we launched a website that depends more on research and the collection of price data.

What will you offer to the market?

Simply, we will offer full data and price comparison. Elprices does not only include physical stores but offers a price comparison option for all of its signed retailers. We will give buyers the option to browse online and local stores for their desired product at the lowest cost and give sellers access to new target markets beyond their geographical reach and financial restrictions.

Elprices offers vendors’ information to the public and integrates consumer-generated feedback, unlike other e-commerce websites such as Souq or Jumia. This is a way to ensure complete transparency between both parties throughout the online buying cycle.

Although elprices is launching as a price comparison website, it is set to be the largest online database for the Egyptian market’s offerings, including listed items on online stores, available products in local stores, as well as purchases from an elprices store, a feature that continues to expand through signing more sellers, with plans to launch its own e-commerce store down the line.

Why did you choose to have elprices named in Franco-Arab?

We determined to choose a clear name that shows the purpose of the website and its goals. Moreover, elprices is a common word in the Egyptian community.

Egypt has about 17 million internet subscribers, which shows the importance of e-marketing and e-commerce.

We understand that the prices in Egypt and the emerging markets do not only depend on online stores, but also on retail stores. Therefore, if you want to make a full comparison, you will have to include local street stores as well.

We will have integrated price lists for products and then you will freely choose the best for you. When offering the idea to stores, they welcomed it and asked to join us because they realised the importance of e-commerce and want to access more clients and sales.

How many shops have you signed contracts with and what is your target?

We have agreements with about 400 shops now, and we expect them to jump to 1,000 by the official launch.

Brantu will be launching the e-commerce store, the website’s second feature, on 15 July in preparation for elprices grand launch on the 30 October 2018.

How does Brantu see the Egyptian market, especially for the Swedish partner?

Actually, I lived in Sweden for a period of time and I felt how people negatively see the terroristic attacks in Sinai, which affects the credibility of Egypt as a safe country.

I convinced my Swedish partner to come to Egypt. He closely saw the potential of the country in terms of the e-commerce field. Sweden is more advanced than Egypt in e-commerce; we thought that the market needs many services, so we began our venture in January.

Last month, there was a delegation from our head office in Sweden that came to the Egypt office and we had a tour together in the shops that we have contracted with lately, then we thought we should increase our investments.

What is the amount of the increase?

We already have $1.2m dedicated for the Egyptian market, but I cannot disclose the amount of increase right now. We will announce the new investments after receiving the board’s decision.

What is your five-year strategy for the market?

Our vision is to continue price comparison. We want to expand to other serives. We have not determined which services yet..

What are the nationalities of your employees?

The majority are Egyptian, but there are Swedish and Argentinean nationals working at the head office who visit Egypt’s office often, spending about 30% of their time here.

What about your plans for corporate social responsibility?

I think that tech education is very important. We plan to introduce some children to programming projects. When I was in Sweden, I saw six-year-old children able to learn how to program very well. I understand that programming makes children analytically think about the world around them.

We may host children from public schools at the company on a regular basis to teach them programming and help then think better, but we will not begin shortly because we are currently focusing on the launch.

When will you start campaigns in the market?

We plan to start in September. We are focusing now on building the trust that we need through the products, then marketing will be very easy.

Putin’s new limousine coming out of the blue?