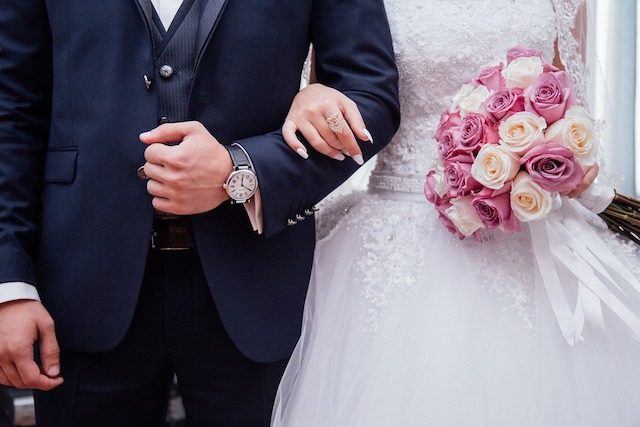 A common phrase is often said to Egyptian men who wish to get married to the bride of their choice by her parents in Egypt. From the beginning, the phrase is usually: “first, get the apartment, then do not worry about anything else.” Hence, it is commonly known in the country that when a man owns an apartment, he is elevated to the status of being eligible as a potential groom for any family.

In Egypt, having an apartment is one of the requirements for marriage, which is a matter that has complicated many relationships in the long run. The prerequisite of the groom having to own an apartment is one of the country’s social constructs across different social classes. Men should own apartments, most preferably of a certain size considered “average”, and in very rare cases will the parents of a bride accept a rental apartment for their daughter.

For decades, Egyptian youth have grappled with this issue. For some, it has been enough reason to force them to not even think about marriage until they are financially stable.

The apartment issue is one of the main reasons that has broken up many relationships. Parents of the bride believe that apartment ownership is a preservation of the rights of their daughter and a means to secure a good future life for her.

Under the current economic situation, it became very stressful for young people to buy an apartment by themselves. Prices of apartments, small or average, have all jumped to over EGP 500,000.

Marriage requirements in Egypt are determined as a measure of a bride’s worth. Thus, the waiving of any of these requirements could be seen as “downgrading” the girl, as some families believe that calling for many expensive requests is a way to indicate how valuable their daughter is.

Buying an apartment was and continues to be an obstacle that places matrimony out of reach for many young people in Egypt. Nowadays, seldom can a young man be ready to purchase an apartment on his own; usually, hsi parents are the ones who support him financially to get one. Daily News Egypt spoke to some couples that were able to break this societal stigma and found that some have looked to more practical solutions.

Groom and father-in-law split the cost

“Life evolves every day, people’s needs are always changing, while salaries are not helpful in affording all the expenses, so how come we still want young people to pay from their salary to get an apartment on their own? This is unfair,” said Ahmed Atef, 50, an engineer.

Atef, a father of a 23-year-old bride, agreed with his son-in-law to, together, buy the apartment, which means that each of them would pay 50% of the total amount. The groom’s monthly salary does not exceed EGP 7,000, he has no properties to sell, and his parents are not helping him, but he only inherited from his father a small amount that will help him to prepare the apartment.

“I know that if it was my son, he will never be able to buy an apartment, and that I should help him. Everyone in my family has criticised me for helping my daughter’s groom, but he is like my son, and he is serious and really doing his best to pay all the expenses. We agreed that I will pay the down payment and he will continue the remaining amount every month,” Atef said.

When Atef was asked why they did not opt for renting an apartment, he said that it would be very odd for his family and friends to know that his daughter lives in a rented apartment with her husband, justifying that all the girls in her family were offered good apartments by their partners.

“Despite me understanding the situation of my daughter’s groom, I still cannot comprise more, otherwise he will think that my daughter is cheap or unworthy,” Atef said.

It is common among many Egyptians that a groom who can buy a fancy apartment in a compound or an upscale area, fill it with extravagant furniture, and purchase expensive bridal jewellery is the right one for their daughter, regardless of his behaviour, character, or attitude.

‘I support my fiancé in secret’

Another case is a woman who is secretly helping her financé pay the monthly instalment for their apartment.

“In front of my family, the groom is the one who is paying the whole amount of the apartment, while in fact I am helping him, because he is not rich to pay every three months around EGP 18,000,” the twenty-six-year old researcher said.

The researcher, who asked to remain anonymous, said that she is from a higher social class than her fiancé, and that none of her family members are satisfied about her relationship, and they are always censuring her.

“I know he is not rich, he cannot get me an apartment in a good area like my friends, but I do not really care about these matters. We love and respect each other and this is really what is more important. We can start from the bottom now, and work together to improve our life,” she said, adding, “I don’t think the way my parents think. They believe that he should get me all that I want. Meanwhile, here in my parent’s home, I am responsible for myself; they do not give me a pound.”

She continued that her fiancé was able to pay a very simple down payment and that she is paying with him the monthly instalments from her salary, which is higher than his.

“Hadayek Al-Ahram is one of the areas that is categorised as an upper middle- or middle-class area and apartments are still being sold at good prices. A 150 sqm apartment can cost around EGP 500,000, which is something you can never find in Egypt’s current top areas like Sixth of October or Fifth Settlement,” said Gomaa Mohamed, a broker from the Hadayek Al-Ahram district.

He explained that whenever a young man buys an apartment on his own, he pays a very small down payment, then the owner obliges him to pay a higher monthly instalment.

“Usually families are the ones who are buying for their sons, I rarely find a young man who buys an apartment on his own. Young men mainly apply for affordable housing projects or social housing projects,” Mohamed said.

Hadayek Al-Ahram is a series of lands owned by families and investors who constructed buildings as investments. When asked why the prices of the district are not as expensive as in Sixth of October or other areas, Mohamed said because the roads are not well-constructed there, and that contributes to its low-price margin compared to other areas.

Father buys apartments for his sons and daughters

Amira Hussien, a 25-year-old newly married interior designer, said that she is living with her husband in her apartment.

“My father got an apartment for every one of us, my sisters, brothers, and I. My fiancé already has an apartment, but it is in a low-class area, and we could not sell it to buy another one because the condition of the market is not really helpful, so my father suggested that we can live in my apartment, but my fiancé will get the furniture and bear all the wedding expenses alone,” Abdellatif said.

She added that this solution was much better for her fiancé, as they both believe that selling an apartment and buying another would have wasted too much time and money.

Abdellatif said that she did not worry too much about people’s comments on how her financé is living in her apartment. “We all have financial problems, even the rich have debts. The problem is not what people will say; people will always talk. The problem is that I do not think it would really be fair if we broke up just for an apartment.”

From upmarket villa to rental apartment

Nada Magdy, a 35-year-old English teacher, grew up in an upper middle-class family. She used to live with her family in a two-floor upmarket villa in the city of Sheikh Zayed. Now, she lives with her husband in a small rented apartment in the district of Maadi.

“My father was very considerate of the conditions of my fiancé, he did not really pressure him to buy an apartment. I wish all people would think this way. Everything was good with us, expect that he has no apartment, and for my family, it was not really a big deal,” Magdy said.

Despite old social concepts, some families succeed in prioritising the happiness of their sons or daughters, as placing obstacles in their way has never been good for the interests of both sides.