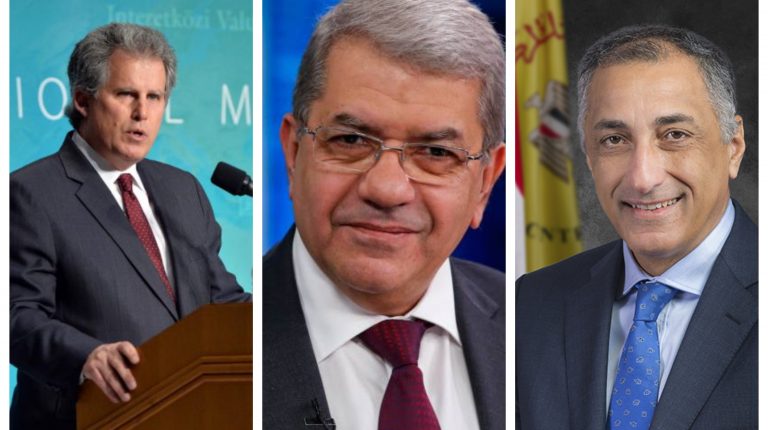 The Egyptian economy was on the edge of danger in the middle of 2016, but the country achieved great development through strong and bold economic decisions, said IMF First Deputy Managing Director David Lipton, in a televised interview.

Lipton said, “I can see these reforms mainly in the currency exchange rate, boosting of tourism, and the country’s good financial situation. The Egyptian economy is recovering, and markets are in a good situation.”

Lipton noted that Egypt needs to do more to complete its reform programme successfully, pointing out that in 2016, when the state moved towards reform, the budget deficit was large, foreign reserves were down significantly, and the economic situation was unstable, in additions to import and export problems.

“Egypt has reached halfway in dealing with the IMF in terms of avoiding the risks that some countries face,” Lipton said. “It is important to eliminate restrictions on imports and exports to encourage investors to come to Egypt. The government should create a healthy and fair environment for competition.”

He added that Egypt must continue at the same pace of reform, going on to say that reducing energy subsidies is essential to free up funds to be allocated for education, health, and infrastructure.

He further said that Egypt must keep pace with technology development, though he said the country has made remarkable achievements in that regard.

For his part, Tarek Amer, governor of Central Bank of Egypt (CBE), in the same TV appearance, said, “We couldn’t achieve any development in Egypt’s economic reform programme if there was not strong political will to support state institutions. At the beginning of the deal with the IMF, we agreed to interfere in the market to control the exchange rate. We have massive foreign reserves that prevent extreme currency price changes.”

Amer noted that the country pays a $1bn energy bill monthly, therefore, the government had to take some decisive action.

The CBE governor noted that the government will intervene in the exchange rate market if prices become within unacceptable ranges.

Most of Egypt’s reform programme items submitted to the IMF were already on the government’s agenda, according to Minister of Finance Amr El-Garhy, also in the televised interview.

El-Garhy added that Egypt asked the IMF to assist in its reform programme and the fund did not dictate its terms.

El-Garhy noted that the allocation for energy subsidies in the FY 2018/2019 draft budget is EGP 90bn, which represents 2% of GDP.

He pointed out that the IMF did not intervene in price-fixing policies or the decision to liberalise the exchange rate, but the decision was made to reflect the market price.

“The government handled the issue of energy prices and cutting subsidies based on the capacity of citizens to pay, while providing a programme of protection and support for citizens,” El-Garhy elaborated. “A citizen bears 60% of the cost of petrol.”

He explained that liberalising the pound’s exchange rate curbed the rising import bill by $20bn, which contributed to promoting local industry.

Regarding progress in technology, El-Garhy said that Egypt has achieved great advancement in the field, despite it being late, attributing the achievements to the directives of the President Abdel Fattah Al-Sisi to use technology and develop its infrastructure.

Amer explained that the government borrowed money through three international bonds issuances due to countries’ trust in the Egyptian economy in light of the economic reform programme, which led to stability in the country’s economy. Furthermore, foreign investments in Egyptian debt securities exceeded the $35bn mark in the past 18-month period.

“We consulted experts from all over the world from international financial institutions and international banks on the step of liberalising the exchange rate,” Amer revealed. “We pay, on average, on all loans almost 2% interest.”

He said that the government aims to transform the Agricultural Bank of Egypt to the biggest bank for small and medium enterprises (SMEs), through placing it under the CBE’s control and restructuring its board.

Regarding inflation, Amer said that it will witness a large decrease by the end of 2019 and added that the exchange rate will be stable next year.

Amer added that the increase in prices which may happen in July will affect the inflation rate but predicted it will decline again within two months.

By the end of 2018, the maximum inflation rate will reach 13%, according to Amer.