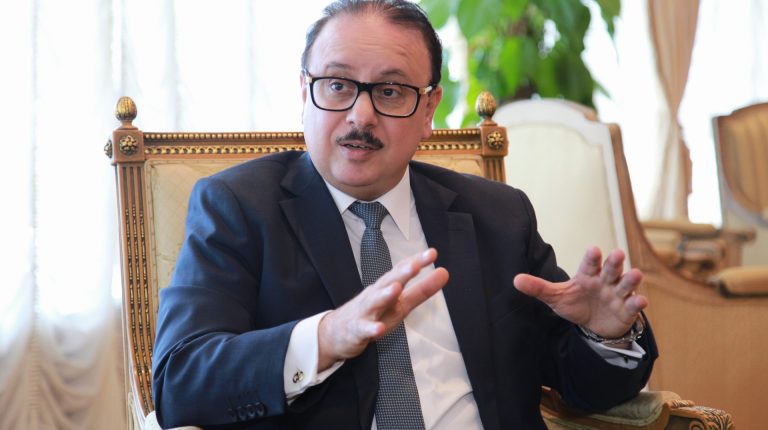 Minister of Communications Yasser El-Kady has reviewed Egypt’s vision to transform towards a unified digital market for Africa through adopting several policies of developing and securing communications infrastructure as well as providing trained human resources, developing frameworks, and preparing an environment that supports investment.

This came during the minister’s participation, on behalf of President Abdel Fattah Al-Sisi, in the fourth Transform Africa Summit, held from 8-10 May in the capital of Rwanda, under the slogan Accelerating Africa’s Single Digital Market.

The summit discussed the most important pillars to establish a unified digital market for Africa. Rwandan President Paul Kagame opened the summit, in the presence of representatives of the participating countries.

Egypt’s vision is represented in developing a framework to implement several tasks in order to enhance the transformation towards a digital economy and investing it in developing the future of the African continent through expanding digital industries.

Additionally, the regulatory framework of digital projects will be developed, and programmes will be laid out to develop local skills of individuals in technological fields. In addition, the procedures of funding projects, maximising investments, and working to enhance the digital market will all be implemented.

The vision also focuses on the role of information technology as an empowerment tool for the growth of growing economies and providing digital technologies that spread quickly. It also focuses on maximising the utilisation of the resources of Africa, which will enable it to build its digital economy through making consolidated efforts to overcome the obstacles that may be faced towards bridging the digital gap, and enhancing the provision of financial services. All of this comes within the framework of the African Union’s Agenda 2063, which was approved by presidents of African countries. This vision focuses more on relying on self-funding for the development projects of Africa.

In a similar context, the minister participated in the sixth meeting of the board of directors of Smart Africa initiative on behalf of the president.  That meeting is held annually to review the previous year’s plan and agree on future plans and projects with the aim of achieving the initiative’s objectives.

The meeting addressed several issues regarding supporting the cooperation between African countries in the field of communications infrastructure as well as expansion plans to spread smart cities in Africa through shedding light on the experiences of Egypt, Rwanda, and Senegal, as well as discussing the means of investing in information technology and communications in Africa during the China-Africa summit, and the European Union (EU) summit. The meeting also addressed the most important initiatives that aim to maximise Africa’s resources.