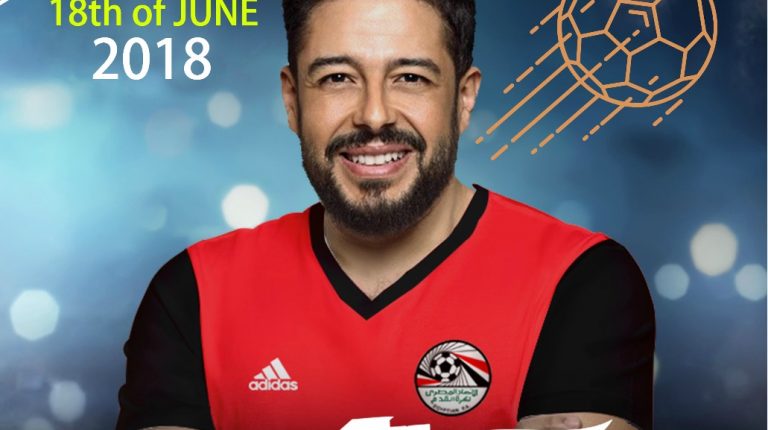 Egyptian superstar Mohammed Hamaky announced on Tuesday that he is performing a musical concert in Saint Petersburg, Russia, one of the cities where the 2018 FIFA World Cup is taking place. He said he will donate all of his personal income to support the Tour n’ Cure programme and promote medical tourism in Egypt.

Tamer Wagih, CEO of Prime Pharma, said in a press release that Egyptian football players and their wide fanbase are the best ambassadors for Egyptian tourism in the world.

“Tourism in Egypt is taking the lead across the world with its different types, especially medical tourism,” he added.

Prime Pharma is the company that organised Tour n’ Cure, which primarily aims to motivate hepatitis C patients worldwide to consider treatment in Egypt. Hamaky announced on Twitter that he will donate his income from the concert to hepatitis C patients, adding the event aims to support Egypt’s national football team in the World Cup.

Hamaky was previously announced as one of the ambassadors of the Tour n’ Cure programme, alongside famous figures like Lionel Messi, who came to Egypt to promote the programme, and Egyptian composer Hassan El Shafei.

The concert, which will take place on 18 June, will be held in one of the biggest halls in the city, only three days after Egypt’s first match in the World Cup.