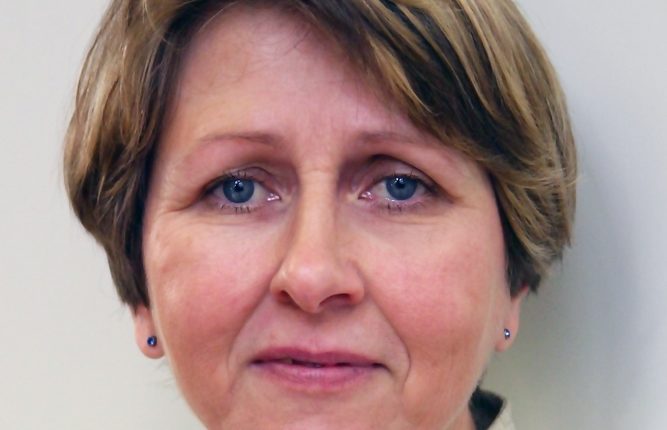 Finnish Ambassador to Egypt Laura Kansikas-Debraise said that her country began sharing its successful experience in the startup domain with Egypt, adding that promoting startups in the country will help boost economic growth through job creation.

On Saturday, the Finnish Embassy in Cairo, in cooperation with international digital infrastructure company NxtVn and the entrepreneurship centre of the Arab Academy for Science, Technology, and Maritime Transport (AAST), launched FinnStart Cairo 2018 for 130 representatives of emerging Egyptian startup companies.

The ambassador noted at the conference that Finland began boosting startups in the 1990s on a small scale and has developed to be one of the world’s startup pioneers.

“We began with the gaming industry, but we diversified after that to include important sectors like health and education,” said the ambassador, noting that there are many differences between Egypt and Finland.

She clarified that Finland has a good education system and the government strongly supports startups and provides them with the needed financing.

The ambassador added that Egypt has a huge population, while Finland does not, noting that Egypt’s high youth percentage is considered an advantage and said the government is implementing policies to support boosting economic growth.

“Promoting startups is our mutual interest with the Egyptian government. I hope that we will provide a useful outcome for the government,” noted the ambassador.

According to a press release from the embassy, Finland boasts over 10% of the world’s startup exits. The country also annually organises one of the biggest startup and tech events worldwide, Slush. The release also said most of the startup capital is concentrated in the gaming industry, clean technology, and ICT.

The focus on technology is one of the factors linking the startup scenes in both Finland and Egypt, noting that the startup scene in Egypt took a big leap forward after the 2011 revolution that gave youth the feeling that they can muster their own economic destiny and break traditional business forms, added the embassy.

The ambassador said that the Egyptian market has many talented, tech-savvy youth who can strategically contribute to Egypt’s economic growth, particularly in the mobile and technological fields.

Ismail Abdel Ghafar, president of the AAST, said that entrepreneurship is one of the most important domains that the academy pays attention to, noting that the institution develops its entrepreneurship centre through acquainting its students with the most successful experiences in the world, including in Finland and other countries.

“Egyptian youth are talented, and I believe that they can achieve innovative projects. Finland is a very successful country in the startup domain,” said Abdel Ghafar, emphasising the importance of startups in terms of empowering youth and offering jobs.

Abdel Ghafar invited the Finnish ambassador to visit the academy’s headquarters in Alexandria and its new campus in Aswan, which opened last year.

Mohamed Mostafa, board member at NxtVn, said that his infrastructure company works to share entrepreneurship experiences.

He added that Finland is a country that pays great attention to startup projects, noting that Egypt’s youth have been remarkably engaged in entrepreneurial projects following the January revolution.

Luukkanen noted that Aalto Startup Centre has 20 years of experience in startup incubation and acceleration.

Thinning out the crowd at Eurovision

Germany’s Marco Sturm: ‘We definitely need to forget about the Olympics’