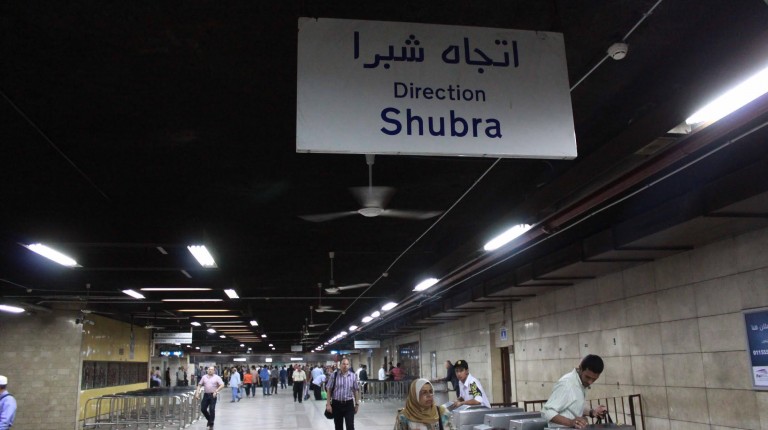 The abrupt decision to hike the Cairo metro ticket prices up to 250%, stirred controversy between Egyptians, as many felt discontent with the increases, adding additional burden to the already high living costs, following the government economic measures implemented in the last two years, including energy subsidy cuts and tax raises, due to a $12bn three-year IMF loan agreement that was signed in 2016.

The Ministry of Transport announced on Thursday that it raised the metro fares from a flat rate of EGP 2 to EGP 3 for the first nine stations, EGP 5 for up to 16 stations, and EGP 7 for more than 16 stations. The new increases will not affect students, the elderly, and people with special needs. The tickets were, until two years ago, EGP 1 for an unlimited number of stops, before it was doubled to EGP 2 in July last year.

Photos and videos widely circulated by social media users showed Cairo commuters gathered on Saturday at the Helwan station and other stations protesting the move. Some tried to halt the metro, while others chanted “why should we pay EGP 7?” and “after paying EGP 2, how can we afford paying EGP 5?” However, other stations witnessed heavy crowds of commuters on Saturday morning queuing for tickets, according to eyewitnesses.

On the other hand, on social media some users posted that they were not against the decision, “as the ticket prices in other countries, are much higher than in Egypt”, however, some advised that there should be a discount on specific ticket prices for either the underprivileged  or the neediest social classes.

More than 3 million people use the metro daily, as it is the most affordable means of transportation in the city that low-income people, along with the working and middle classes, depend on. Alternative transportation methods may not cost less, as the government is expected to slash petroleum subsides for the third time in July.

“Now I have to pay EGP 10 for the metro every day, alongside the same sum for another means of transportation I have to ride,” said Ahmed, an IT specialist, who rides the metro for 11 stops from Shubra to Dokki every day.

Ahmed added that he can bear these fares, but others cannot. “I know someone who gets EGP 1,200 monthly, living in 15th May neighbourhood in Helwan. Now he has to pay EGP 14 everyday, alongside costs of other transportation to reach his work in Mohandessin,” he noted.

The Ministry of Transport justified the increases in a statement by saying that it made the decision due to the heavy losses of the metro, as it said that the system’s accumulated loans reached almost EGP 618.6m, in addition to a deficit in maintenance and reparations from 2016 until the current year. It added that the increase aims at improving the metro, providing people with “special” services, as well as achieving social justice.

“They say they took such measures to improve the metro, but I cannot see any improvement; the metro is unclean in addition to the malfunctioning we face regularly,” said Ahmed.

Meanwhile, Mohamed Mostafa, a journalist who believes that ticket prices should be increased, but within reasonable bounds compared to people’s incomes, said, “I know that costs of everything will be raised, but the timing before Ramadan is very strange.”

Mostafa, who also lives in 15th May in Helwan, said, “the increases will double” his budget for transportation, adding, “now I will pay for one ticket EGP 7, alongside EGP 2.5 for other transportation,” going on to say that even if he decided to ride another transportation mode, such as buses, “its fares will be increased too, following the government’s third round of lifting petroleum subsidies.”