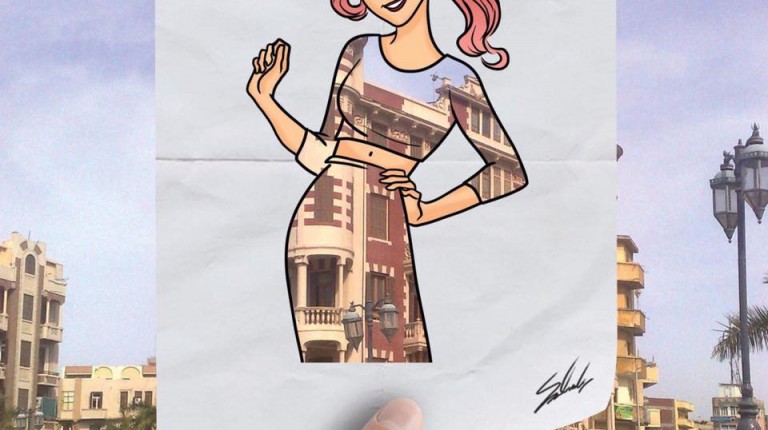 Wanuri Kahiu’s celebrated Un Certain Regard entry received wide international attention after Kenyan authorities decided to ban the film and forbid the process of sending it to the Cannes Film Festival, seemingly forgetting about the concept of the internet.

“The Kenya film classification board has been issuing threats of arrest [for me], not for the actresses,” Kenyan director Wanuri Kahiu told Daily News Egypt.

“I saw them tweeting that I have broken a law after the screening of the film, and that is a concern as this might be a step to build a case,” she said, however, she explained that the accusations are not on charges of spreading or promoting homosexuality, but on accusations of submitting a false script.

Kahiu, however, denied such accusations, saying, “we submitted the final shooting script to the film classification board, but now they say we didn’t, so they are threatening to arrest us due to this,” adding, “we feel that what is happening is a violation of our freedom and of the constitution.” Kahiu however refuses the concept of exile, a route that some Kenyan intellectuals and artists prefer when they face persecution.

The film follows the romantic relation between two teenage Kenyan girls Samantha Mugatsia and Sheila Munyiva, who are both educated and liberal daughters of two competing local politicians. Kahiu does not fall into the cliché of documenting and shedding light on the girls’ transformation or sexual desires, but rather puts the love-at-first-sight relation in the mundane romantic manner, almost close to a Romeo and Juliet narrative.

Despite the challenges in Kenya, the film was screened while its director and staff attended the festival. No doubt, the LGBT element of the film has assisted in its fame so far, but Kahiu’s simple yet rich script has proven its ability to stand alone among other entries in this year’s competition.

Taking place in a typical Kenyan ghetto, it captures macho young men play football and mingle with each other, church goers listen to sermons about the “evils of homosexuality”, envious and gossipy food cart owners, and finally, a love story. Aside from the well written screenplay, the film is well presented with a lively soundtrack and colourful landscapes.

“I knew that we wanted the soundtrack to be 100% made by female voices, so the music had to be music girls listen to as characters. We made sure that we made a soundtrack that is female-centred. All of the singers are under 30, and all were Kenyan,” she told Daily News Egypt.

“However, when treating the sound of the film, we wanted the score of the film to become the sound of Nairobi; that is why there is no other musical factor expect for the soundtrack as Kenya is full of sound,” she added.

“As for the colour, we are part of a genre we call afro-bubble-gum, which is a celebration of fun and fearsome African art and also means that the work we create has to have joy and hope at the centre of it,” she said, adding, “the colours were significant. We wanted to give it a very feminine lens, to present Nairobi from the perspective of young women.”

Unlike many LGBT narratives coming from Africa and the Middle East, in Rafiki, the authorities do not persecute homosexuals, but religion, patriarchy, angry mobs, and conservatism violently do. Hence the struggle here is not legal, or seen from an activist point of view, but comes in a form of stigmatised individuals attempting to cope with an ongoing situation.

Kahiu explains this by telling her personal story on how she got into filmmaking. “I joined the business of film when I was 16. I wanted to become a filmmaker the moment I stepped into an editing room. It was like falling in love. It compiled the two things I love: being a television addict and being a bookworm. So anything that could allow me that space and give me a career, was for me.”

On her feminist views, she said, “my mother was one of the people who inspired me. She was one of the few female paediatricians. She had to push boundaries. The same with my mother-in-law, who is also a doctor. They both inspired me and pushed positive thinking into my mind. I have been surrounded with strong women who believed if you do what you want to do, you will be happy.”

“We live in a conservative society where roles are scripted and dictated. Our generation is pushing harder and trying to become more liberal,” Kahiu said.

Somewhere over the rainbow: fun facts about the colorful arches