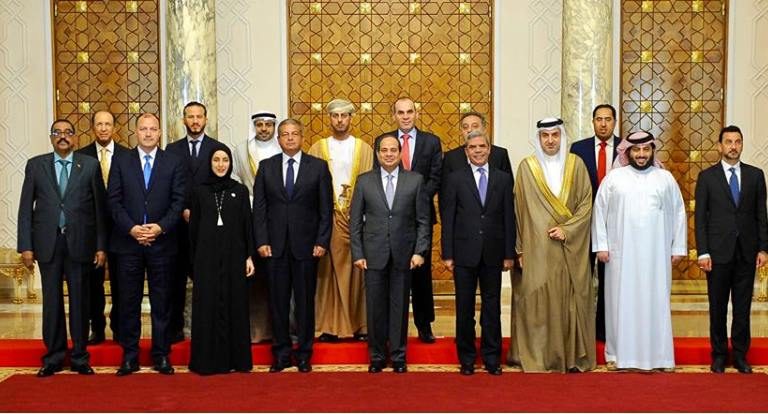 In the meeting, Al-Sisi praised the ongoing cooperation and coordination between both countries on international and regional issues, as well as their efforts in combating terrorism, a statement from Egypt’s presidency stated.

The statement added that Nunez commended the historical relations and close cooperation between Cairo and Paris, emphasising his country’s keenness to continue joint efforts aiming to confront challenges that face both nations.

According to a statement from presidency spokesperson Bassam Rady, Al-Sisi stressed the importance of forming an Arab strategy for investing capabilities of Arab youth in different fields to protect them from extremism. He added that Egypt has about 4,250 youth and sports centres.

Rady said that Al-Sisi asserted the importance of exchanging youth visits and delegates among Arab states regularly to intimately learn the culture of each country and its traditions, as well as the potential opportunities and challenges that face youth in each country. That exchange of delegates aims at strengthening ties among youth, who form the majority of the Arab world.

For his part, Egypt’s Minister of Youth and Sports Khaled Abdel Aziz pointed out the selection of Cairo as the capital of Arab youth for the year 2018/2019. He added that several events and activities will be held in Cairo, including a conference about Arab youth and combating terrorism and extremism. In his view, these events reflect Egypt’s interest in youth. Abdel Aziz added that the “Arab youth capital”, which an Arab capital is designated as annually, witnessed notable success.